Voice MagArts AwardReviewsTake it Away 10th an…

Voice magazine was lucky enough to attend Take it Away’s 10th anniversary on Monday 12th March at Bush Hall, London. And it was a riveting evening of live music, good food and drinks, and plans for the next 10 years. 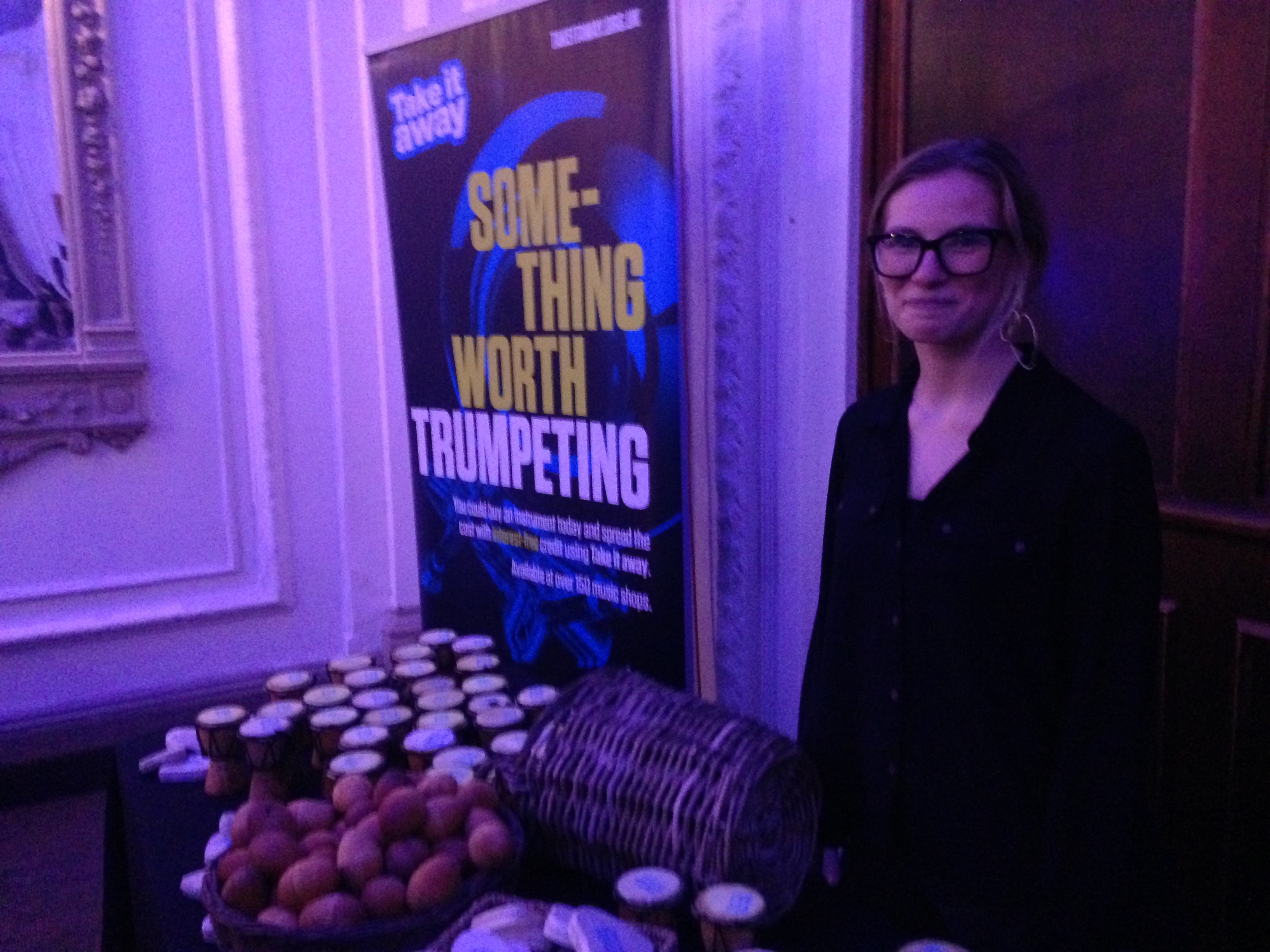 Learn Music Houseaudience participation element we’re promised is coming later. As we grab drinks and dive in to some of the delicious foods, our conversations were interrupted by a blast of brass from the World Heart Beat Music Academy's New Orleans Jazz Band, appearing at the window of the room above. As we all turned to watch they made their way down the stairs, forming a procession through the crowd as they led us to the stage. 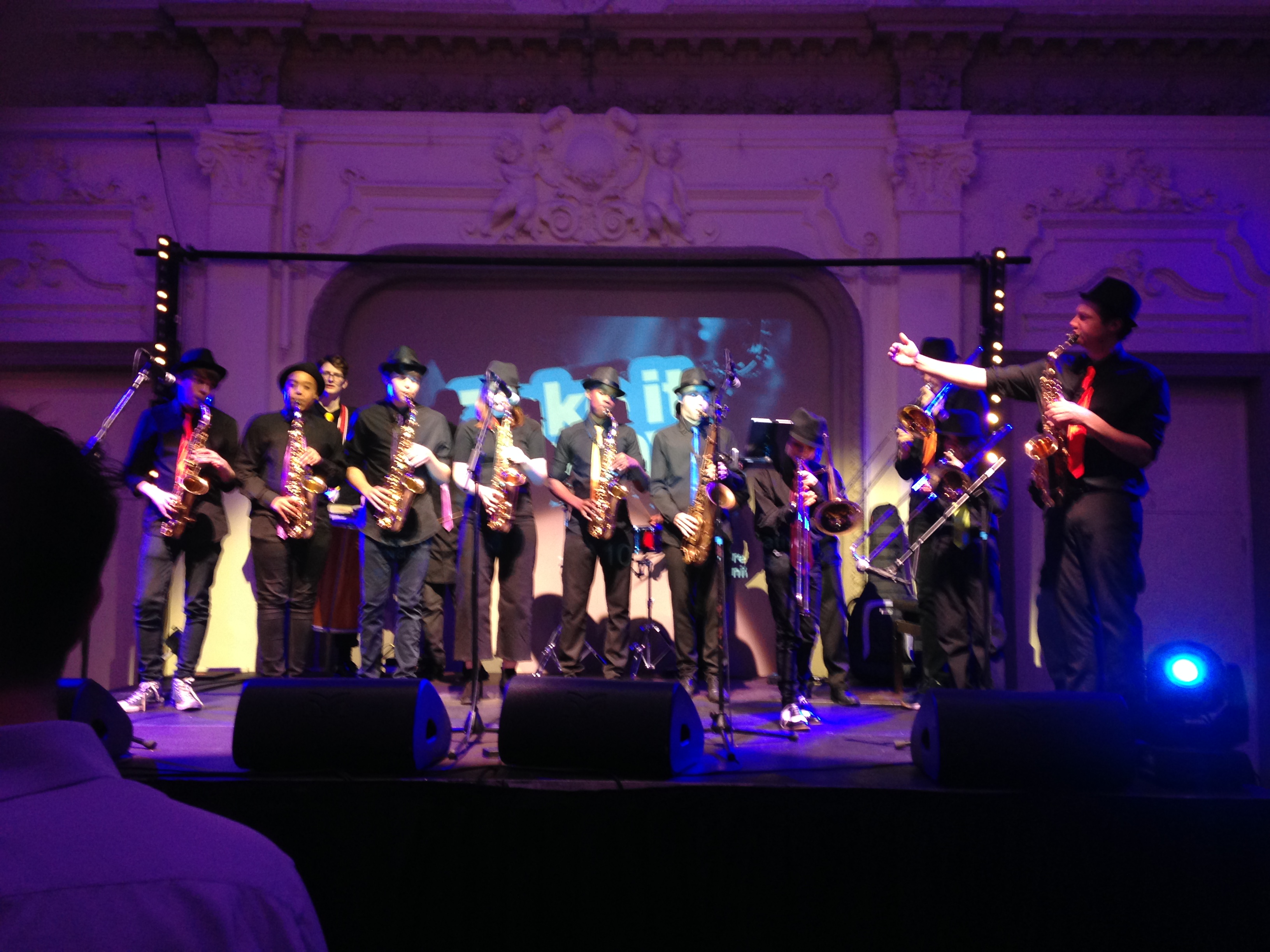 World Heart Beat Music Academy's New Orleans Jazz BandChief Exec of Creative United, Mary-Alice Stack, then welcomed us all by sharing the story of Take it Away to-date, and how it grew from an ambition to make music accessible to all. Next up was the inimitable John Kelly who performed with the impressive Kellycaster, also called ‘a thing of beauty’. The Kellycaster is an adapted instrument which enables it to be played one-handed, something which Creative United and Take it Away are passionate about helping to create. Feeling moved by John Kelly’s protest inspired songs, we then we’re introduced to some special guest speakers including 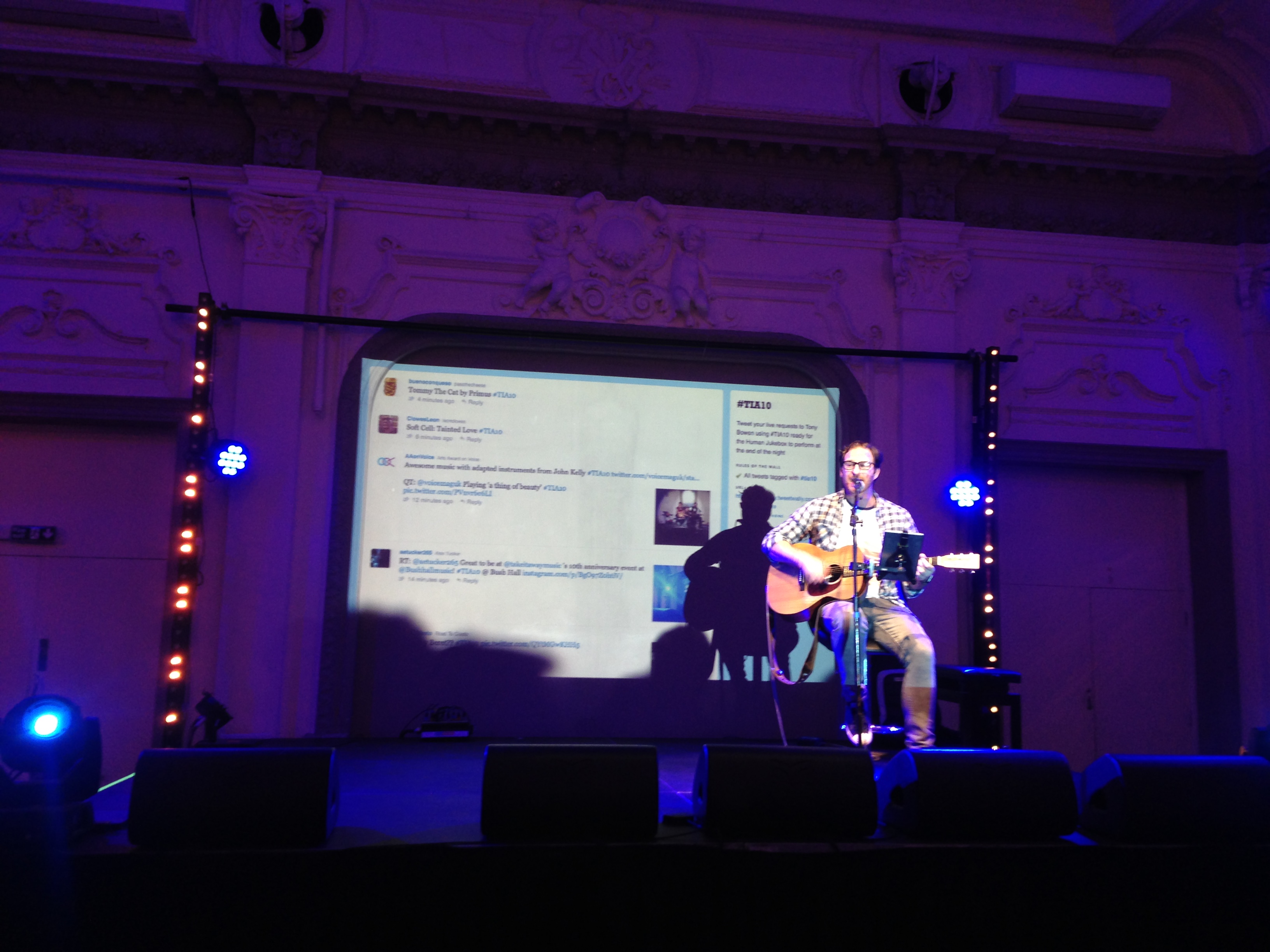 Tony Bowen the human jukeboxDarren Henley OBE, Chief Executive of Arts Council England, and Andrew Miller, the Government’s newly appointed disability champion for arts and culture. Andrew spoke about the need to make disability inequality a thing of the past and the current state of accessibility in the arts.

Then, to get us on our feet and dancing, Tony Bowen, aka the human jukebox took to the stage to perform song requests that the audience was live Tweeting to Tony. It was an all participation sing-along, as we all sung along with Tony and shook our musical instruments from Learn Music House.

Overall, a fab celebration of 10 years with Take it Away and we're looking forward to what the next ten years hold! 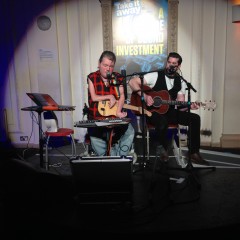 Take it Away 10th anniversary celebrations

Voice magazine was lucky enough to attend Take it Away’s 10th anniversary on Monday 12th March at Bush Hall, London. And it was a riveting evening of live music, good food and drinks, and plans for the next 10 years.