Graham Dickson's self-indulgence provides the foreground for a ground-breaking show!

Graham Dickson is a narcissist and he is self-indulgent, but he has made an incredible show. The nuanced beginning will be deterring to some, with a comedic style almost embodying a new take on stand up. However, his use of imaginary actors is nothing short of innovative and his inclusion of disputes between himself and his director take a new level on meta-theatre.

Meta-theatre is a genre which has been done before; having the off-screen director come on stage and argue with you is an interesting take. Dickson uses this brilliantly to demonstrate his acting range - each character he portrays is well rounded and creates a new level of humour. His subversion of audience expectation was admirable, with the show excellently providing an unpredictable plot with a satisfying conclusion.

Graham Dickson's performance was difficult to fault, much like the innovative concept for the show. His switching between him playing himself and Grigoriy Alexeivich Dhukov was perfectly executed. Dickson had his cake and ate it too; he created a nuanced piece of theatre with accessible comedic elements to appeal to a wider audience.

I wasn't recommend in seeing Graham Dickson is the Narcissist once, but twice. Some of the references are sure to go over the head of the average punter, and a first-time viewer. The first twenty minutes are the weakest part of the play, however they are redeemed by the impressive conclusion. 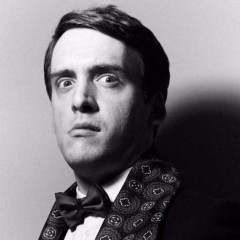 Graham Dickson is The Narcissist

Graham Dickson's self-indulgence provides the foreground for a ground-breaking show!