I know it seems like I can't write a review without mentioning how much I love Liverpool and the Liverpool audiences but I'm just obsessed with the atmosphere the Liverpool Empire gives off. Speaking of obsessions, I need to tell you how obsessed I am with Rent.

I went to see Rent on the 28th February, and what better way to kick off the tours run in Liverpool, than to open on world Scouse day AND my birthday! I'm going to warn you now, this review is just me fangirling over the production whilst keeping it as professional as I can.

The show first opened Off Broadway in 1996, inspired by the book 'La Boheme', Jonathan Larson incorporated the book with his own personal experiences of living in Downtown New York with his friend in a rundown apartment. The show follows a group of friends all dealing with their own personal struggles. Mark, one of the main characters is a struggling documentary maker who narrates the show. He takes us on a rollercoaster ride from start to finish, the show makes you laugh, it makes you cry, and is accompanied with an AMAZING soundtrack! The tour started in 2016 to celebrate it's 20th Anniversary, and it's no wonder why it's still loved so much.

Now the fangirling begins. I have seen A LOT of shows, mostly musicals, and I can honestly say this cast is one of the best casts I have ever seen! The passions and enthusiasm each and every member of the cast gave on that opening night was overwhelming. You could feel how much love they must have for the show, and the energy they gave off as they performed was refreshing. I first saw Lucie Jones (Maureen) on X Factor when I was younger, and boy can she sing! She had the audience in the palm of her hands from the moment she stepped on as Maureen, and I honestly cannot wait until the next time I get to see her on stage! I haven't been able to stop thinking about Billy Cullum (Mark) since I left the theatre. To me, Mark is one of the most important characters in the show, he tells the story, he keeps the peace and he's just so loveable! I think Billy was PERFECT for this part. Then there's Philippa Stefani. If you have read my 'In The Heights' review, you should recognise this name. I'll be honest with you, Philippa was one of the main reasons I wanted to see Rent, when I saw her in In The Heights, her talent blew my mind and let me tell you, she did not disappoint as Mimi. To see her go from a character as sassy as Daniela to a more vulnerable character in Mimi, just goes to show there's nothing she cannot do.

I feel like everyone in the show needs to be mentioned in this review. There wasn't one person on that stage who didn't give 110%. The director Bruce Guthrie, has done an amazing job getting this show back out there! Thank you for bringing one of my new favourite shows to my already favourite place! As an actor, I usually walk away from a show thinking about the acting and the singing but I haven't been able to stop thinking about the choreography, shoutout to Lee Proud, the choreographer. Wow. Just wow!

Rent is continuing it's tour, with the next stop being Woking then going onto Leicester. I cannot express how much I would encourage you to go and see this show and this cast whilst you can. Tickets can be found on their website- www.rentonstage.co.uk! Remember- No day but today! 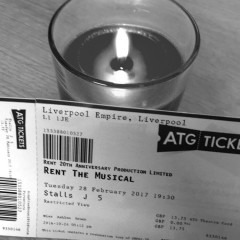 I know it seems like I can't write a review without mentioning how much I love Liverpool and the Liverpool audiences but I'm just obsessed with the atmosphere the Liverpool Empire gives off. Speaking of obsessions, I need to tell you how obsessed I am with Rent. 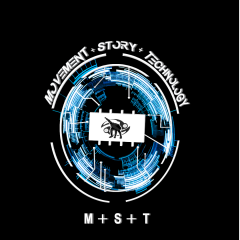