An intense, emotional and hard-hitting piece centred on three sisters and their journey to see their brother.

Empty Beds is captivating from the very beginning, and as the story unfolds, you feel yourself slowly becoming more invested in the stories of the three girls. The relationship between them will ring true to anyone with a sister, and the show explores this as well as other themes. I felt completely invested in the show, and I know others did too, as at the end, there were audible gasps from the audience members, followed by a poignant silence that encapsulated the emotion in the room.

It has been a while since I saw a show that left me speechless, but Empty Beds delivered this with ease. The set was simple yet effective, and the lighting and sound cleverly helped to set the scene as well as heightening the emotions within the play. The acting was strong and each role was delivered with ease and comfort. The storyline itself plucks at the audience's heartstrings, leaving them slightly on-edge by the end.

The ease with which the show switched between light-hearted and funny moments and serious moments made it so easy to watch, and the balance between the two helped to break up the emotional and tense moments within the play. Overall this is a really wonderful play put on by a talented group of people, and I would definitely recommend watching it if you can!

Empty Beds is on at 13:50 every day until the 28th August, excluding August 15th. For more information and to purchase tickets, click here. 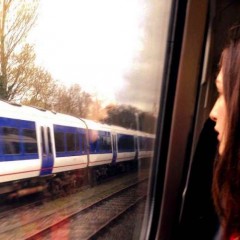 An intense, emotional and hard-hitting piece centred on three sisters and their journey to see their brother.