Enescu's demanding masterpiece showed for the first time at London's ROH. The eternal figure of Oedipus moves, in this astonishing production, through different epochs.

Oedipe is George Enescu's only opera and his most ambitious work. The story it tells, from Oedipus' birth to his death, spans as long as the time it took to compose it –over two decades. It is perhaps unsurprising then that this 1936 opera in four acts, set to a French libretto by Edmond Fleg, is so dense and complex; a summa of mythological references and musical influences –'from lush Wagnerian to translucent Debussyan' says conductor Leo Hussain, not to mention the traces of Romanian folk music.

It is big, it is epic, though very mature, both from a musical and from a theatrical point of view, hence it is neither tiring nor pretentious. Rather, it shows the most humane side of the characters, reaches the highest tension with Oedipus' self-blinding and unravels towards the end, when Oedipus disappears into the grove of Colonus. Indeed, not only does the plot cover episodes of Oedipus' early life that have previously been unstaged, but it also combines, in the final two acts, both of Sophocles' tragedies on the theme, Oedipus Tyrannus and Oedipus at Colonus. It is, however, due to the large size of the orchestra, an expensive opera, and it is for this reason rarely performed.

The story of Oedipus is the epitome of tragedy – his fate is cruel and perverse, but for the Greeks fate is inescapable, yet Oedipus appears to tragically trigger his own misfortunes by setting off on the journey that should, on the contrary, distance him from them. Thus he builds for himself like a net, or a cage – this is the impression the backdrop of this production gives, a floor-to-ceiling scaffolding peopled by terracotta warriors, a beehive of doors and jambs through which the chorus enters to intone its verses. This backdrop is also reminiscent of a Greek vase, but it is of course just a backdrop, and the costumes and atmospheres are not wholly confined to Classical Greece.

Suddenly, it is the mid-20th century, and the Sphinx emerges, in a thunderstorm of intermittent and blinding lights, out of a WWII fighter plane; a superb moment. Then time moves forward towards the contemporary era, and backwards again – or arguably it stops completely – in the final scenes, where the Thebans are portrayed almost as a tribal society, perhaps a metaphor of the most authentic human nature. It is precisely because the drama of Oedipus is so universal, so painfully representative of human ambitions and limitations, that this production spreads the events across different epochs, thus making Oedipus, in his own fragility, an eternal figure. 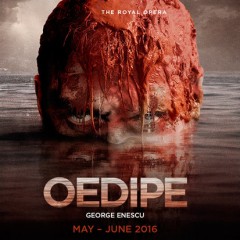 Enescu's demanding masterpiece showed for the first time at London's ROH. The eternal figure of Oedipus moves, in this astonishing production, through different epochs. 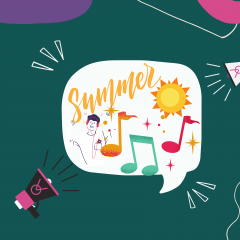