The reaction has been insanely good, and is receiving worldwide praise rather than just popularity in the UK. The album has received positive feedback for good reason, which I will be explaining in this article.

I'll admit that the album didn't do much for me when I listened to it for the first time. However, I was convinced that there was something I was missing. So I listened to the album a few more times, and I was extremely impressed with what I was hearing.

Skepta's lyricism was strong on Konnichiwa. He clearly had a lot to say and address. He wasn't spitting nonsense, his lyrics were related to things that meant a lot to him. He used a lot of skits on the album, which including a lot of phone calls. Phone calls included conversations with various other rappers, and even some funny skits that will give you something to laugh about. Doing this gives you bit of insight into Skepta's life and what he experiences on a daily basis. This added a personal element to the album which just makes it 10x better.

Skepta said in an interview with Semtex that he felt Konnichiwa was a 'Classic' and that he was telling a story throughout the album. Telling a story though an album isn't easy to do. Well, it can be done..but doing it well is another thing. Skepta told a story and did so very well.

Another thing that alerted me was the sound of the album. Many grime albums don't reach international popularity due to the sound not appealing to other nations. However, this album has a sound that literally anyone can enjoy, and features non grime artists also. Artists such as Pharrell and ASAP Nast feature on the album adding another element to the album.

Overall, this is a strong album. It's being reviewed by people worldwide and is certainly doing it's thing in the charts. It's still early days for Konnichiwa, so it'll be interesting to see how far this album actually goes. 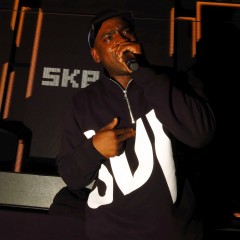