The popular Radio 4 show was recorded live in Edinburgh at the Assembly Room in front of a full house of people. The cast contained Kevin McNally, who played Mister Gibbs in the Pirates of the Caribbean films. He had a flawless performance, about a dying man wanting to see his three sons before he passes away. Formerly voiced by the late Sid James and Kenneth Williams, these guys were truly entertaining.

I can't imagine the level of work it takes to put together a performance like that, especially in front of a live audience. Reading from script doesn't necessarily mean you don't need to perform. The voice acting and accents were well executed by the amazing ensemble.

For half an hour they entertained us as they play each character, setting the mood and the scene by well composed music and sound effects.

McNally made an astounding performance playing each Hancock, although my favourite character has to the butler. Alone that character was hilarious and the actor who played him did a brilliant job portraying his physique which made the whole room laugh.

Other characters were brilliant performed and the overall stage presence was on point. Most of the funniest parts that were adlibbed comments within the show.

Overall it was an enjoyable experience, which was well written and well performed by fantastic actors.

For more information on tickets for The Missing Hancocks click here https://tickets.edfringe.com/whats-on/missing-hancocks-live-in-edinburgh-show-b 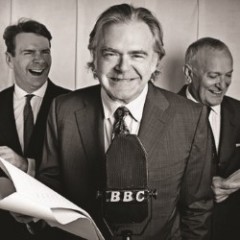 The Missing Hancocks: Live in Edinburgh!