Hysterically funny - Outstanding performance has everyone gagging for air.

One man and his band completely destroy everyone's mind with their incredibly funny performance. Adam Drake takes the role of every character as he tells the story of a plane pilot who went from being in charge of the cockpit to captain to fearless hero in less than 2 minutes.

This majestic hero, as he would put it himself, has to save the world from Nazi's evil plan with the help of his female companion and the audience.

The performance is amazing, Adam really knows how to transform himself into all those characters without losing too much sweat. The music band beautifully compliments the actions in every scene even in an Oscar's gag, where drum roles were expected to play. The comedic timing was perfect enough to get a great laughing response.

The interaction with the audience was fantastic as he gets them to contribute, unexpectedly. Their reaction is priceless and without fail makes everyone in the room laugh.

Adam was full of energy and it shows that he's put his blood, sweat, and tears into that performance and when there was too much sweat, he would bring someone from the audience to wipe it off his face. You just don't expect anything like it and yet it's the funniest thing I've ever seen at the Fringe.

If you enjoy OTT, flamboyant, one man show, action movie parodies. Than look no further and enjoy the ride. 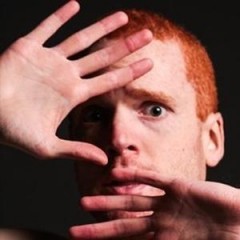 Hysterically funny - Outstanding performance has everyone gagging for air.