A bedtime story which adults can enjoy.

A light-hearted drama set in medieval times about magic and being free from conventional love.

As I walked in, the set was beautifully decorated into a young girls bedroom, with pages on the wall, and plant roots weaved around the room. The seating were small cushions on the floor to replicate a bedtime story for young girls.

The story is about a young girl who is destined for greatness as she inherits magical powers, passed from her mother and grandmother. Her mother has been preparing her for the day she meets the prince who would fall in love with her. She meets a young girl, who she recognises, but doesn't remember her as they share a dark secret the girl was made to forget.

The girl and the prince marry before she suddenly falls ill and becomes delusional. They all come to confront each other to witness the consequences.

I give all props and respect to the whole production for the boldness of the kiss between the two female characters and for exploring and expressing the theme of homosexuality in that era.

The story thrived well with the story and made it interesting. The prince was a clear metaphor for typical male masculinity. What works is how the plot can easily be translated to any era and culture, for example the fifties or even in Africa or India. In the end love wins.

The acting was pretty decent however there were some parts I felt was flat and needed energy. Overall the chemistry between characters was there, but would have liked to have seen more energy and expression.

After 40 minutes, sitting on the floor was beginning to feel uncomfortable. I was slightly distracted by the pain in my legs, which aren't used to crossing together between tight spaces anymore. For a small crowd there were mostly young women in the audience which is good to see as it was well targeted towards that demographic.

I guess the message here was, it's okay to be different, you shouldn't have to reject who you are, and live by the convention because happiness is more important than wealth and status. Love always wins.

And I approve this message. 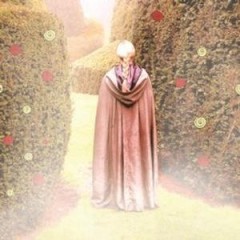 A bedtime story which adults can enjoy.