Having seen Stade in Giant Leap earlier this week, I wasn't sure what to expect. I didn't hugely rate the theatrical comedy, so was apprehensive regarding his stand up, and rightly so.

With gags about drugs and 'no means yes', I wasn't exceptionally enamoured with this comic from the off, finding both of those topics particularly sensitive. Equally, he seemed particularly flippant and even negative about the topic of immigration, expressing his distain as being called an 'immigrant', due to his Canadian origin and Scottish residence.

However, while the content was not to my liking, it didn't detract from his well-executed, slick style, and perfect comic timing. The crowd seemed less concerned with his subject matter, often rewarding his jokes with raucous laughter.

I can certainly appreciate that Tom Stade is a talented comedian. As I said, his comedic timing was great, and he handled two particularly drunk hecklers with finesse. His downfall was his choice of subject matter. It failed to personally connect on any emotional or intellectual level. For those who enjoy the more drugs, sex, and rock 'n' roll approach to comedy, you will almost certainly enjoy this show. 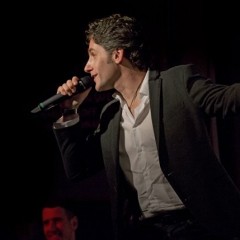