A fast-paced comedy sketch show that didn't quite meet the mark.

Instead of laughter, the audience left a series of awkward and sometimes sustained silences in the room, as joke after joke seemed to fall flat. There was only the occasional success, which merited, at most, a chuckle from the small audience.

Despite the impressive rapport between the two clearly good friends, the show lacked that extra bit of energy and special touch to make it anything memorable. Unfortunately I found myself looking at my watch multiple times and at one point I even considered leaving before the show finished.

The idea of having a storyline behind a sketch show did not work for me, perhaps due to the unrealistic nature of the story, which did not strike me as funny, or just because it made the show seem broken, as if we were watching a show within a show.

The lighting effects were clever and made it easy to tell what was a sketch and what was just part of the storyline, but I think they could have done so much more with this idea. For me, the only redeemable feature was Alex's guitar playing, which, although it wasn't amazing, was better than anything else I was shown.

As far as the show is concerned, I think it would have been much funnier and consequently much better received had they dropped the storyline and just done a series of sketches, with nothing to break them up except a sound effect or change of lighting.

Overall, although they worked the stage well and clearly had a passion for their act, for me it fell short and I wouldn't volunteer my time to go and see it again. **

Lunchtime of Champions is showing at 12:35 until 29th August, excluding 18th. 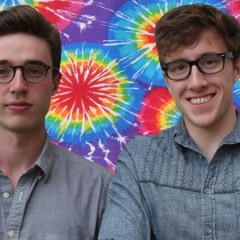 A fast-paced comedy sketch show that didn't quite meet the mark. 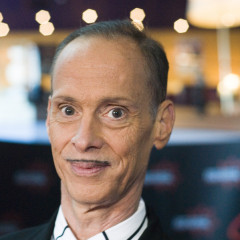