Selling out arena tours and having recently played at Wembley, he is a massive name and enormously popular with the public: everyone wants to see him right now. So what was Sheeran doing, playing last night in a tiny venue deep in the forest of Latitude woods? Surely he should be on the main stage?

A secret gig that's what. Unnanounced, not publicised and doused in secrecy, this was a gig that nobody knew about. Except for the buzz that was travelling around the woods and the whispers of Ed Sheeran, as the crowd waited in anticipation for the performer they had heard was appearing. It was hugely exciting to be stood waiting for the Sheeran to appear, the buzz and energy from the crowd was spreading.

It was an incredible experience. I am so appreciative to have been able to see Sheeran in such a small venue, as that really is where Ed was born to play. I thought I'd never get to see that, with the level of fame he has now achieved. Although I saw him twice in an arena setting, this setting at Latitude's iarena was so intimate and felt so special that it was unlike anything I had experienced before. The vibe from the crowd, the feeling of being in a secluded forest and the feeling of exclusivity the setting gave was overwhelming.

As usual, Ed Sheeran's performance was inspiring. Using only himself and a loop pedal, he played numerous instruments, sung his heart out and was a real crowd pleaser. The crowd went wild when his hit singles came on such as 'Thinking Out Loud and 'A Team', singing along, dancing along, clapping, bouncing - the involvement of the crowd was huge. A beautiful moment was when everybody got their lighters and phone lights out: hundreds of beams filled the small space illuminating the dark, dimly lit stage and forest.

Ed Sheeran also played some of his lesser known tracks such as the bonus track on his album 'X' and 'Nina' which was a real treat. But most of all during this set, he played an enormous amount of covers. Doing his own version of so many songs, he covered 'Superstition', 'In Da Club', 'Ain't No Sunshine' and 'No Digitty' to a spectacular response from the crowd. I think Sheeran played more covers than usual to appeal to those in the audience who perhaps didn't know his music or hadn't heard him before: it really made everyone in the audience connect to his performance and got everybody involved.

When I left the arena, barriers had been installed to limit the numbers who could access the arena for safety issues and a huge amount of crowds of people stood trying to get in to see Sheeran despite the fact the set had finished. I felt so lucky to have been able to witness his gig and to have been in the right place at the right time (when we headed over to the iarena we had no idea Sheeran would be playing). It felt like a special moment at Latitude and will certainly be the highlight of this years festival for me. An amazing experience that will stay with me for a very long time. 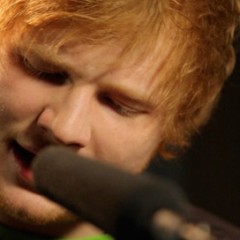