You can watch Other Voices here.

Other Voices is a 6-minute short film that explores people’s gender identity through conversations and art. It opens with a trans person talking about how they felt from a very young age that they should have been born a different gender, and recounting the epiphany they had when they discovered what it meant to be transgender. It continues like this, featuring conversations with other trans and gender non-conforming people discussing their experiences and expressing their thoughts and feelings, sometimes through poetry, music, or dance.

There are only two real criticisms of Other Voices. One is that it is a little unstructured, moving from one person to another somewhat aimlessly – not in terms of the content, but how it is presented. It never stops being interesting, but you could easily move the whole thing around and play different clips in different places and it wouldn’t make any difference to the film as a whole. That is a minor criticism though, because short films often do feel far more abstract and there is no rule book that dictates how much structure they should have. The second criticism is that it is not long enough. (Which isn’t a criticism at all, really.) It isn’t long enough because the contents are interesting and engaging, and by the time it ends, it feels as though it was only just getting started. It could really have been the opening 5 minutes to a feature length documentary about trans and gender non-conforming people, and an interesting one at that.

On a technical level, Other Voices is faultless. A lot of the jobs people do in the film industry are thankless, which is because for a lot of them, if they do their jobs perfectly, most people won’t be aware they’ve done anything at all. That’s the case with Other Voices, and it allows the people featured in the film who are talking about their experiences to take centre stage and really be the focus, which is exactly how it should be.

The people at the centre of Other Voices are those that need to be heard now more than ever. (Which makes the title rather fitting.) Trans people today are being targeted more than ever. Trans people in the UK comprise just 0.6% of the population, yet throughout 2019 alone almost 900 articles were published about them, and most of the time they are either blatantly transphobic or handled very poorly. There has also been a rise in anti-trans rhetoric in general in the past few years, with celebrities like J.K. Rowling inexplicably dedicating bizarre amounts of time to slandering transgender people on Twitter, while comedians like Dave Chappelle and Ricky Gervais add fuel to the fire by repeating tired and dangerous anti-trans material in their so-called comedy. Meanwhile, in the US, increasingly dangerous laws continue to be introduced in certain states that inflict incredible amounts of harm on the trans community.

Films like Other Voices are important right now, and that’s one of the reasons it also doesn’t feel long enough. The brief 6-minute runtime is enough to achieve what the filmmakers behind it set out to do, but it also feels like they could have done a lot more. Which, again, is not so much a criticism as it is an interest in seeing more. Other Voices is an insightful and occasionally touching look at trans and gender non-conforming people, and if somehow we could show it to the whole planet, we’d probably be better off for it. 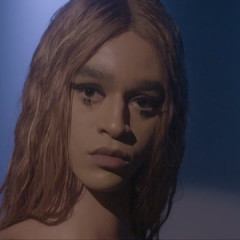