A review of A Messy Mentality by New Creatives Anthony Mower, which explores his experiences with mental health through the poems he has written.

You can listen to ‘A Messy Mentality’ here.

A Messy Mentality is an audio narrative that follows the poetry of Anthony Mower that he wrote through the ages of 16-18 as he navigated issues with his mental health. The poems are separated by a narrative from Mower himself in which he talks about himself and the poetry that follows his introduction.

Mower discusses feelings of loneliness and confusion, and does so in such a way that is both moving and relatable to anyone who has experienced these feelings. Mower’s poems get increasingly darker as he progresses throughout the years, Unwritten Letters being particularly harrowing.

There was something very bittersweet about this audio narrative. Part of me was inspired by Mower’s courage to share his poems that expose his deepest thoughts and feelings. The other part of me hurt for him, and ached for someone to help him escape the darkness that so clearly plagued his mind.

Ultimately, the audio was not just something to listen to but something to experience. Not only did the narrative and poems blend clearly and seamlessly together, but I felt as though I was going with Mower on his journey. Poetry is so often personal that it could have been easy to feel as though I was intruding in Mower’s mind by listening to his inner thoughts and feelings. But the commentary he provided made it feel as though I was welcome to hear about his past struggles, which I thoroughly enjoyed. Additionally, the poems were paired with background sounds that brought the poems to life and enveloped the reader in a way that really allowed you to feel as though you were truly one with Mower.

This project was a deep and personal exploration that was as enjoyable to listen to as it was intriguing to know where Mower’s mind would travel to next. It was also very thought provoking in that Mower exposes his inner thoughts, which so often go unsaid when one struggles with their mental health. While it was incredibly sad to think that these thoughts lived within him, it was refreshing that he was not shying from moments of darkness in his past but embracing them as he told his story. 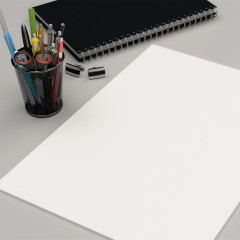 A review of A Messy Mentality by New Creatives Anthony Mower, which explores his experiences with mental health through the poems he has written.