Old or not, the cast of Jackass Forever, will never not be funny.

Is there anything more universal or timeless than toilet humour and penis jokes? Aristophanes was making fart jokes in The Clouds in 423 BC. Don Quixote contains a comedic scene in which the titular knight and his squire vomit in each other’s faces. Towards the end of Inferno, even Dante Alighieri’s Divine Comedy references a demon who “uses his ass as a trumpet.” We cannot know if classic comedies like Monty Python’s Life of Brian or Dr Strangelove will age well and entertain audiences 100 years from now. However, I’d be willing to bet my life that you could show Jackass Forever to a civilisation at any point in time and still get plenty of laughs.

It opens with a parody of Godzilla wherein “Godzilla” is actually Chris Pontius’ penis painted green. That sequence alone is funnier than anything else that has been released this year. In this new instalment, the original cast we all know and love may have gotten older, but the hilarity remains, and the fresh faces that join the group fit in wonderfully. To be fair, you’d expect nothing less from a grown man whose nickname is “Poopies”.

Considering their age, the fact that they made another Jackass film is admirable. It also proves that it’s something they genuinely enjoy doing, which goes a long way to making the whole thing more fun. The friendships of the cast members are one of the things that have always made these films appeal to wider audiences because despite them all constantly trying to torture each other, the relationships are wholesome to their core, It truly wouldn’t be the same without these lovable idiots that refuse to grow up.

The filmmaking goes a long way, too. It’s so good that it’s easy to take it for granted, but there is something very impressive about knowing when to cut, who and what to film, when to play music, when to use slow motion, and how to structure the whole thing. It flows perfectly, and it makes for an incredibly short 96 minutes. There really is an art to turning footage of grown adults doing painful or embarrassing stunts and pranks into a genuinely enjoyable film. Although done to make the audience laugh, the stunts are often quite impressive at times too. It’s also quite frequently disgusting, cringe-worthy, or terrifying. If the goal of art is to induce an emotional response, then Jackass Forever surpasses anything Michelangelo ever made in terms of the variety of emotions you’ll experience.

Without the wholesome friendships and the top-tier filmmaking, Jackass Forever would not, at its core, be much different to the multitude of pranks you can find elsewhere. Thanks to Johnny Knoxville and the rest of the cast, the unbreakable friendships between them, and the great crew they have, it is so much more than that. It’s an ode to never growing up, an oddly wholesome, heartwarming experience, and most importantly, it is hilarious. 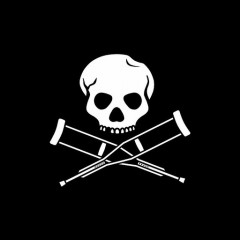 Old or not, the cast of Jackass Forever, will never not be funny.