An initiative to find and develop the UK’s next animation talent, called Ignite, has been announced this month. With aims to help support and diversify the animation pool it gives hope to emerging talent.

A new initiative has been launched by the BBC to find the future stars in animation. Ignite is a fully funded development opportunity from BBC Children’s Animation, and is available to everyone, regardless of industry experience.

Patricia Hidalgo, Director, BBC Children’s & Education, pledged to invest in the development of the UK’s animation industry in a bid to create more home-grown, UK shows, that reflect the lives and culture of UK kids and offer an alternative to the plethora of American cartoons consumed by kids.

Ignite has been described by the BBC as an ‘unprecedented initiative’. The initiative will consist of three stages, and will call for ideas from across the UK from established independent production companies, BBC in-house production, and talented individuals looking for their first break.

The BBC will then help the successful applicants through their creative process and fund their project if it matches their creative call for originality, innovation and opportunity of development into a series.

Patricia Hidalgo says: “We’re committed to helping the UK animation industry develop and thrive and I’m delighted that we’re able to launch this initiative. We know there is a wealth of creative talent across the UK and we want to give everyone an opportunity to showcase their ideas. But we not only want to uncover the best talent and ideas, we also want to support and nurture those ideas and the talent behind them.”

The BBC are looking for show pitches that achieve the following: 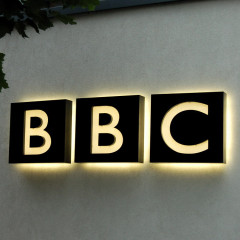 An initiative to find and develop the UK’s next animation talent, called Ignite, has been announced this month. With aims to help support and diversify the animation pool it gives hope to emerging talent.