Lawsuit alleges that Bambaataa was sexually abusing and trafficking a 12-year old boy between 1991-1995.

Hip-hop pioneer Afrika Bambaata is being sued for child sex trafficking, by a man who alleges that the musician abused and trafficked him when he was only 12.

The lawsuit alleges that Doe was trafficked by Lance Taylor (Bambaataa’s birth name) for four years, between 1991 and 1995. This was whilst both Bambaataa and Plaintiff were living at the Bronx River Houses public housing project in New York.

Doe has expressed that he “suffered physical injury, severe and permanent emotional distress, mental anguish, depression and embarrassment” after the abuse, and has been unable to keep a steady job.

Zulu Nation and Universal Zulu Nation, which were founded by Bambaataa in the ‘70s, are also named in the lawsuit as Defendants, but cut ties with Bambaataa in 2016 after previous allegations of sexual abuse.

Back then, Bambaataa was accused by Ronald Savage, who claimed the musician forced him into oral sex when he was 13 or 14. Three other men in 2016 came forward with similar accusations, telling New York Daily News that they had been molested as children by the DJ.

Header Image Credit: "afrika bambaataa" by cássio abreu is licensed under CC BY 2.0 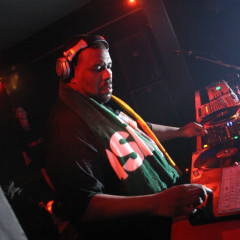 Lawsuit alleges that Bambaataa was sexually abusing and trafficking a 12-year old boy between 1991-1995.