The change will see the app warn drivers if they are about to enter a low-emissions zone where they will face charges or fines. The feature will first be introduced for drivers in London, Paris, Barcelona, Amsterdam and Berlin.

Google’s navigation app, Google Maps, will now warn drivers in London and other European cities if they are about to enter a low-emissions zone with fees or fines.

Several cities have implemented these schemes in order to redirect traffic out of busy areas and reduce congestion and pollution. However, the boundaries of these zones are often unclear and can result in unwitting drivers being met with fines they were unaware of being liable for.

The change to Google Maps will first be rolled out in Amsterdam, Berlin, Barcelona, Paris and London. Google has said that the ‘alerts will appear when planning a trip that goes through a low-emission zone and when nearing a zone while already en-route to the destination’.

Google added that the alerts will also link to official local information and that ‘Based on this info, impacted users can choose an alternative mode of transportation or take another route’.

London’s Ultra Low Emission Zone covers a large part of the city’s tourist hotspots and historical landmarks. Drivers of vehicles that fall below modern emission standards have to pay £12.50 when travelling within the zone.

Similarly, in Paris, drivers without a windscreen sticker that certifies the emissions of their vehicle are liable to pay a €68 fine for a car, and a €135 fine for larger vehicles such as trucks.

Other navigation apps, such as Waze (which is also owned by Google), already make use of features to avoid restricted areas or routes within some cities. However, Google Maps still remains the most widely used navigation app, with over 5 billion downloads on the Google Play Store. 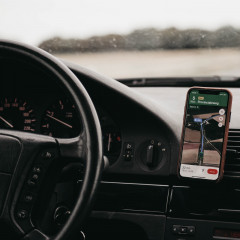 The change will see the app warn drivers if they are about to enter a low-emissions zone where they will face charges or fines. The feature will first be introduced for drivers in London, Paris, Barcelona, Amsterdam and Berlin. 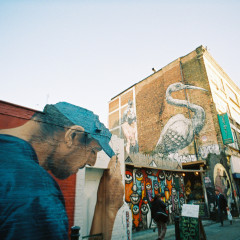