The UN body says years of development have caused ‘irreversible loss’ to the historic value of the city’s Victorian docks.

Liverpool has been stripped of its coveted world heritage status after UNESCO concluded that the ‘outstanding universal value’ of Liverpool’s waterfront had been destroyed by new buildings, including Everton football club’s new £500m stadium.

Liverpool has enjoyed world heritage status since 2004 – placing it alongside the Taj Mahal and Great Wall of China – as recognition for its role as a major trading power during the British empire and the architectural beauty of its waterfront overlooking the River Mersey.

The decision is a blow for the city and gives Liverpool the ignominious distinction of being only the third place to lose the status in nearly 50 years. The other delisted sites were Oman’s Arabian Oryx Sanctuary in 2007 and the Dresden Elbe valley in Germany in 2009.

The threat of being delisted has hung over Liverpool since 2012 as UNESCO warned that development had significantly changed the city’s skyline and was destroying the heritage value of its waterfront.

The decision was met with dismay by Liverpool city leaders. Joanne Anderson, the city mayor, said she was “hugely disappointed and concerned,” and that the council would consider lodging an appeal. She said it had been a decade since UNESCO last visited the city “to see it with their own eyes”.

Steve Rotheram, the metro mayor of the Liverpool city region, said it was a “a decision taken on the other side of the world by people who do not appear to understand the renaissance that has taken place in recent years”. He said places such as Liverpool should not be left with a choice between maintaining heritage status or regeneration and bringing in jobs.

The World Heritage label gives historic sites access to UN conservation funding and protection under the Geneva conventions, as well as featuring in tourist guidebooks across the world.

Header Image Credit: "Liverpool Dock" by Fleecyman is licensed under CC BY 2.0 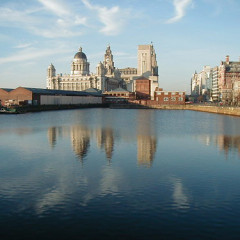 The UN body says years of development have caused ‘irreversible loss’ to the historic value of the city’s Victorian docks.