Six books translated into English have been selected for the eminent International Booker Prize shortlist, with the winner set to receive £50,000.

The annual International Booker accompanies the UK-focused Booker Prize. Each year, the judging panel takes 13 books from the global longlist and narrows them down to six hopefuls. The 2021 shortlisted novels all share a common theme of blurring the boundaries between fiction and non-fiction.

At Night All Blood Is Black by David Diop has been translated from French and follows a traumatised Senegalese soldier in the first world war. The judges said it is “horrifying, cruel and continually present in the action it describes”. Another French book that has been shortlisted is The War of the Poor by Éric Vuillard. Set in the 1600s Protestant Reformation, the 80-page essay-style narrative focuses on German theologist Thomas Müntzer, which the judges called “a dazzling piece of historical re-imagining and a revolutionary sermon, a furious denunciation of inequality”.

Two Spanish translations join these French works in the shortlist. Mariana Enríquez’s short story collection The Dangers of Smoking in Bed  “uses the tropes of the horror story, the ghost story and even Pulp Fiction to think about Argentina’s painful past,” said the judges. Meanwhile, When We Cease to Understand the World by Benjamín Labatut combines the history of science and biographies of famous scientists such as Einstein within a fictional essay format.

Translated from Danish, The Employees by Olga Ravn is set on an intergalactic spaceship and is structured as a series of witness statements. The judges remarked that it is “loving and cold, funny and deliberately prosaic; capable of building a sense of existential horror one minute then quotidian comfort and private grief the next”.

Finally, In Memory of Memory by Maria Stepanova is flying the flag for Russia. The novel invites the reader into an intimate history of her Jewish family set across a century in Russia. Stepanova joins Diop, Labutat and Ravn in having their work translated into English for the first time.

The winner of the International Booker Prize will be announced on 2 June in a virtual celebration in collaboration with Coventry City of Culture 2021. 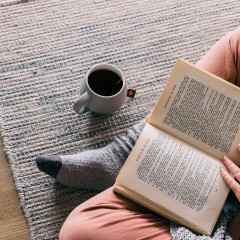 Six books translated into English have been selected for the eminent International Booker Prize shortlist, with the winner set to receive £50,000.