The fine comes as a probe carried out by the Chinese anti-monopoly regulator found that Alibaba prevented sellers from conducting business on rival platforms.

Chinese technology company Alibaba has said it accepted a $2.8 billion (£2.03 billion) fine issued by the country’s anti-monopoly regulator. The fine comes after a probe by the regulator determined that Alibaba had taken advantage of its market position for several years.

The main issue of contention brought by regulators against the tech giant, which specialises in e-commerce and retail, was that it restricted merchants from conducting business or running promotions on rival platforms. In response, Alibaba has said it will introduce measures to lower entry barriers and business expenditures faced by sellers on e-commerce platforms.

For the quarter ending December 31 2020, Alibaba reported a net income of $11.95 billion. As such, the $2.8 billion fine would constitute just under 25% of its profit over a three-month period.

Joe Tsai, executive vice chairman of Alibaba Group, said on an investor call on 12 April 2021 that ‘We're happy to get the matter behind us, but the tendency is that regulators will be keen to look at some of the areas where you might have unfair competition’. He also added: ‘With this penalty decision we've received good guidance on some of the specific issues under the anti-monopoly law’.

Despite being fined by the Chinese anti-monopoly regulator, the Financial Times reported that Alibaba’s shares on the Stock Exchange of Hong Kong rose by 6.5% after this investor call.

Alibaba have stated they are not aware of any additional anti-monopoly investigations to be conducted by Chinese regulators, though the company as well as its competitors will remain under review over mergers and acquisitions. 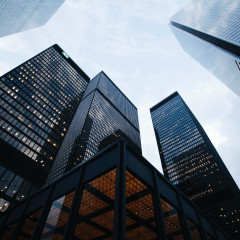 The fine comes as a probe carried out by the Chinese anti-monopoly regulator found that Alibaba prevented sellers from conducting business on rival platforms.