Detransition, Baby, the debut novel by trans author Torrey Peters, is the focus of an anonymous letter that calls for its removal from the Women’s Prize for Fiction 2021 longlist.

Torrey Peters made history when earlier this year she was the first transgender woman to be published by Penguin Random House, one of the five main publishing houses. Her novel Detransition, Baby follows three transgender and cisgender women and the challenges they face in raising a baby together. It has been critically acclaimed, with a 4.2/5 rating on Goodreads.

The novel has since been nominated for the Women’s Prize for Fiction 2021 longlist, and in response, an anonymous open letter by the ‘Wild Women Writing Club’ addressed to the Prize has argued for its elimination. It states that “Making male writers eligible for the sole major women’s literary prize […] communicates powerfully that women authors are unworthy of our own prize, and that it is fine to allow male people to appropriate our honours.”

The creators and signatories of the letter have remained anonymous against alleged “unprecedented backlash” of “gender identity extremists” referred to in the letter alongside J.K. Rowling and her widely condemned transphobic tirades. The signatories have chosen to use  the names of numerous deceased female authors, including Aphra Behn, Emily Dickinson and Daphne Du Maurier. Many have pointed out that using the names of these authors to promote transphobia may go against the deceased authors’ original sentiments.

Following this, Peters received transphobic abuse through her social media. In an interview with i, she said “Usually, I see transphobic hate speech directed at trans people generally and that’s the way it hits me. But this was people commenting on my page and sending me direct messages. I’d never felt that bad faith up close. It destabilised me for a week.”

The Women’s Prize for Fiction released a statement reasserting their decision to nominate Peters’s novel, saying “The Prize’s eligibility rules remain unchanged since it was launched 26 years ago: anyone who is legally defined as a woman can be entered for the Prize by a publisher”. The shortlist will be announced on 28 April  before the winner is revealed on 7 July .

Regardless of whether or not Peters wins, there is a TV show deal lined up to adapt Detransition, Baby, and literature lovers have rallied around the novel. 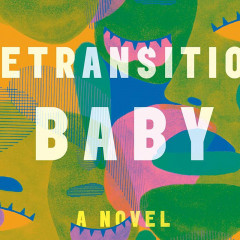 Detransition, Baby, the debut novel by trans author Torrey Peters, is the focus of an anonymous letter that calls for its removal from the Women’s Prize for Fiction 2021 longlist.