The Digital, Culture, Media and Sport Committee are due to question the Culture Minister on the reopening of the festival sector this summer.

Culture Minister Caroline Dinenage is due to appear before the Digital, Culture, Media and Sport (DCMS) Committee this week to discuss how festivals will be able to return safely.

The DCMS plan to raise questions as part of the closing session of ‘The Future of UK Music Festivals’ inquiry, which was set up in January to examine the government’s plans to support the industry after a devastating year as a result of Covid-19.

The minister’s appearance will come as no surprise, with the vast majority of festivals cancelled in 2020 and the sector's revenues dropping by 90%. A recent press release for this week's meeting stated: “The closing session of the inquiry into the future of UK music festivals will focus on what the Government’s roadmap for lifting lockdown means for festivals and the decision-making behind plans for pilot events”.

It continued by saying: “MPs will also raise issues heard in the evidence to the inquiry so far, such as the need for Government underwritten Covid-19 cancellation insurance, support for freelancers and the festivals supply chain, as well as drug safety and environmental concerns”.

The inquiry which will be held on Wednesday, 24 March, will be live streamed at 10am and aims to ease concerns after Prime Minister Borris Johnson stated normality would ensue with full capacity events and live mass gatherings taking place from June 21.

At present Reading & Leeds Festival are still planning to go ahead in August, and Latitude Festival announced that it plans to hold its annual July event. This has caused a lot of anxiety within the industry as the attendance numbers are estimated to be up to 40,000.

The hope is that the meeting on Wednesday will present a clear roadmap for both the industry bosses and attendees of what should be expected this summer regarding festivals vaccinations and the future. 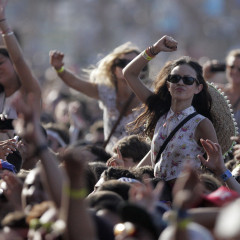 The Digital, Culture, Media and Sport Committee are due to question the Culture Minister on the reopening of the festival sector this summer.