With its prophetic power, the public-voted BAFTA Rising Star award is known for anticipating which young actors are on their way to stardom. Meet the 2021 nominees.

The BAFTA awards are held every year in April to celebrate the British film industry and the talented people that uphold it. Despite being Brit-focused, the ceremony has an international reputation and close ties with Hollywood, and it’s not unusual to see many an A-lister attending the ceremony. The Rising Star Award chooses its nominees based on the decisions of a jury, before the vote is put in public hands. This year’s nominees are the actors to look out for.

This year’s oldest nominee at 35 years old, the London-born actor already has a wealth of acting experience behind him. His credits include Peaky Blinders, Vera, Netflix’s The OA and Hulu’s High Fidelity, but it is his recent starring role as Malcolm X in Regina King’s directorial debut One Night in Miami that has tipped him for glory.

Already a multi-award nominated actress at 17, Bakray’s lead role in the critically acclaimed film Rocks has garnered her nods from Time Out and Dazed 100 for being a rising star to watch. Of choosing to pursue her acting career, she says ‘it seems so silly to think a career in the arts is taking a risk when everything in life is’.

You may recognise this 20 year old from his roles in the 2016 blockbuster The Huntsman: Winter’s War, or his role opposite Andrew Scott in the Black Mirror episode Smithereens. Currently enrolled as a film student at Queen Mary’s University, the actor is juggling this alongside earning a BIFA nomination for his starring role in the acclaimed 2020 feature film County Lines.

His past credits range from Sky Atlantic’s Gangs of London to theatre work with the Royal Shakespeare Company and the Old Vic. His upcoming releases opposite household names such as Olivia Colman, Colin Firth and Keira Knightley are further cementing his talent. He has already received the Screen Nation Film and Television Rising Star Award, so his chances of winning are looking good.

Hailed as the ‘Star of Tomorrow’ by Screen International, Clark is no stranger to prominence. Her career was boosted by her roles in The Personal History of David Copperfield in which she played two different characters, and the BBC’s adaptation of Philip Pullman’s His Dark Materials. She is currently filming the highly anticipated Lord of the Rings TV series.

To give you an idea of the dramatic prestige surrounding the BAFTA Rising Star Award, previous winners include Kristen Stewart, James McAvoy, John Boyega and Leititia Wright. These A-listers prove that your vote has a real impact on the future careers of the nominees.

You can vote for your favourite nominee to win here and tune into the British Academy Film Awards ceremony on the 11th of April on BBC One. 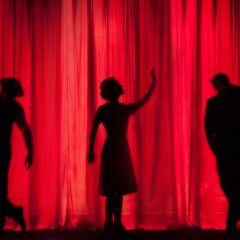 With its prophetic power, the public-voted BAFTA Rising Star award is known for anticipating which young actors are on their way to stardom. Meet the 2021 nominees.