2021 celebrates 78th Golden Globes in a half virtual ceremony, filled with Netflix drama, sketchy sound issues and a lack of diversity.

Award ceremonies in the past two years have been memorable to say the least, with the pandemic resulting in half-virtual ceremonies littered with technical difficulties, Zoom chaos and shaky Wi-Fi.

The 78th Golden Globes, presented by Tina Fey and Amy Phehlor was once again dominated by Brits, after Phoebe Waller- Bridge’s Fleabags and Sam Mendes’ 1917 clean swept the competition in 2020.

The Queen’s Gambit – Netflix’s most-streamed mini-series to date – took home the top prize for limited series, and netted star Anya Taylor-Joy her first Golden Globe. However, nothing was able to surpass the strides made by the Crown on the night, which ultimately bagged six awards.

Despite the deluge of shows, films and creative genius that kept many sane through Covid, we are reminded of the lack of diversity of the Golden Globes, and award ceremonies more generally. Investigations un covered that the Golden Globes’ governing body, the Hollywood Foreign Press Association (HFPA), includes 87 members, none of whom are black.

There were two black British wins as best supporting actors in film and TV – Daniel Kaluuya in Judas and the Black Messiah, and John Boyega in Steve McQueen’s Small Axe.

Hollywood Legend Jane Fonda called on Hollywood's leaders to push the narrative of diverse storytelling, saying change needs to encompass “the groups that decide who gets hired and what gets made and who wins awards.” She called on the industry to “make an effort to expand that tent so everyone rises and everyone’s story has a chance to be seen and heard.”

So, although history was made this year at the 78th Golden Globes, showcasing great examples of film and TV, we see that there is still a long way to go in ensuring that these esteemed ceremonies represent and acknowledge all, not just the few. 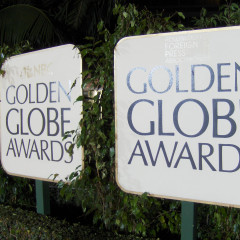 Winners of the 2021 Golden Globes announced

2021 celebrates 78th Golden Globes in a half virtual ceremony, filled with Netflix drama, sketchy sound issues and a lack of diversity.