Nearly a year ago today Twitch was purchased by Amazon for $970m (£585). It was rumoured for a while that Google were going to buy the game streaming service, but decided to back out of the deal over fears of the purchase being shot down over concerns of anti-competition.

A year later, Google has released their answer to Twitch - Youtube Gaming.

Already a big player in live streaming, with YouTube Live and Hangouts on the Air, Google has this time set their sights squarely on gaming, with a dedicated website and app.

Viewers watch billions of hours of gaming content on YouTube every month, and Google has sought to minimise the jarring experience viewers might currently have. Often, people will livestream on Twitch, and then export highlights to YouTube. Obviously, YouTube would rather control the whole experience.

"We wanted to create a one-stop shop for all gaming content," YouTube's head of gaming Ryan Wyatt told the BBC.

"We have amazing gamers that don't live stream yet. Now they have that opportunity."

At first look, it would seem like YouTube is significantly better as a service than Twitch. For starters, you can rewind a livestream if you missed something. This means if you are running late, you can rewind to the beginning to a stream, and watch it all without having to wait for the stream to be over and processed. This will also allow you to have a buffer, and fast forward through boring bits or adverts!

It will flawlessly stream 1080p, at 60fps putting it on par with Twitch. However, YouTube Gaming has an HTML5 player, which is significantly more computer friendly than Twitch's Flash based player - although they are slowly rectifying that.

One thing that may not be as popular with gamers is the Content ID system, which is running live alongside the broadcast. It will terminate your stream if it detects "third-party content". The system has already caused outrage among some of the YouTube community, as YouTube takes the guilty until proven innocent approach, often removing videos without warning. This will be particularly frustrating to streamers who might want to play Nintendo games, as the company is notorious for their copyright strikes.

Longtime Twitch user Andre Moore, 20 years old from Parkington Road, feels that there is potential for YouTube to supercede Twitch. "With YouTube Gaming you can jump into the stream and go right back to the beginning, let it buffer for a while and then watch at full 1080 (or source equivalent) at your own time. This makes life easier but it does mean you miss out on chat – if you can keep up anyways."

"At this time it seems unlikely that YouTube Gaming will replace Twitch. They lack the following, the brand awareness, or the universal support that Twitch currently enjoys. Until there is an app for all the consoles, it is unliekly they will get far."

YouTube Gaming is impressive from a technological standpoint, standing equal if not above Twitch. But that doesn't mean it has immediately won. Twitch is in the mind, heart and soul of a lot of gamers out there, and YouTube Gaming has just launched. It needs to market itself very well, and explain the benefits to gamers if it hopes to pull them away from the Amazon owned company. 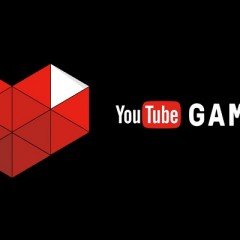