New analysis by the NSPCC of police-recorded crime data reveals the number of crimes with an element of child sexual exploitation has increased by 10% within the last year.

During 2021/22 in England and Wales there were 17,486 crimes logged by police where children had been sexually exploited– an average of 48 offences a day.

The charity is revealing this data as its Childline service launches ‘The Full Story’  campaign in a bid to encourage more children and teenagers at risk of or suffering sexual exploitation to use Childline for immediate, confidential help.

Over the last year, Childline has heard from thousands of young people about sexual exploitation with some being manipulated into performing sexual activities after being given money, drugs or love and affection.

Whilst others have been sexually exploited after being trafficked from their home after being threatened with violence or the promise of a better life elsewhere.

“I was abused by my dad when I was younger. My boyfriend has started to sexually abuse me and has introduced his friends to do the same. I’ve been raped by my boyfriend. He has been giving me drink and drugs. I want to break up with him, but I’m scared about what he will do. I feel like it’s my fault for letting this happen. I’ve considered going to the police, but my boyfriend has said he will show people sexual videos of me.”

In one of the films, 15-year-old Leah* is stood outside a party with her boyfriend. Over the next few seconds, she is plied with alcohol by her older boyfriend, who later says she owes him and tells her to have sex with his friends.

As well as helping children and young people gain an understanding of what sexual exploitation is and what a healthy relationship looks like, Childline is focused on getting more young people to connect with them so they can offer immediate help and confidential support.

Although more children are reaching out for support on this issue, Childline’s counsellors know from what they hear from children and young people there are many barriers and reasons which prevent some children from speaking out and getting help.

For some children, they may be being exploited by a family member or someone in a position of authority, other cases it may be a girlfriend or boyfriend. The grooming methods used can be subtle, so often they don’t recognise anything is wrong or that they’re in danger.

Whilst others might blame themselves for what they are experiencing, some are being blackmailed or threatened by their abuser causing them to remain silent due to fear.

The campaign name, The Full Story, alludes to mixed and often conflicting feelings a child who is being sexually exploited may experience.

“Sexual exploitation is a complex crime and often when children describe what is happening in their relationship, they don’t realise they are being groomed and abused.

“Our counsellors have heard from children who have said they didn’t realise what they experienced in a relationship or friendship was wrong until they were much older, and some said at the time they thought their abuser was someone they could trust.

“Others said they thought they were to blame for what had happened and were scared about what would happen if they did speak out.

“This is why this campaign is so important as it’s essential that all children and young people have an awareness of this issue and know that no matter what the circumstances are, that sexual exploitation is never a child’s fault and there are people like Childline who can help.”

The charity’s Chief believes everyone has a role to play in protecting children from sexual exploitation.

“Child sexual exploitation casts a dark shadow across our society, inflicting fear and pain on a rising number of children and young people.

“Greater public and professional awareness of this problem is vital, along with places like Childline which offers free and confidential help to those that are struggling, suffering or are confused at what is being done to them.

“Government must also provide high-quality sex and relationships education to all children and young people, giving them a better understanding of what is and is not a healthy relationship. At the same time our political leaders must make child safety a key priority and commit to fundamental reform of the wider child protection system.”

Childline offers confidential, non-judgemental support to children and young people – 24 hours a day, 7 days a week, 365 days a year. Young people can talk to the Childline counsellors online in 1-2-1 chat from an account they set up on the Childline website at www.childline.org.uk.  This account can also be used to send the counsellor's email and it’s always free to call 0800 1111 with no phone credit required.

Childline is a safe place, where children and young people can share as much or as little as they want to – they don’t even have to tell Childline their name. Childline’s support helps young people feel more in control and provides them with options to use Childline in a way that works best for them and to speak to a trained counsellor in a way that feels most comfortable.

The NSPCC Helpline often hears from parents and teachers concerned about children being sexually exploited. Generally, when that child has a significant change in their emotional well-being, unexplained absences from school, college or work and an unexplained acquisition of money, clothes, and mobile phones. If you are concerned about a child contact 0808 800 5000 or [email protected]

For more information on the campaign visit: www.childline.org.uk/info-advice/bullying-abuse-safety/abuse-safety/full-story 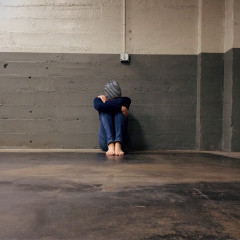 New analysis by the NSPCC of police-recorded crime data reveals the number of crimes with an element of child sexual exploitation has increased by 10% within the last year.