Legendary singer of Bat Out of Hell, Meat Loaf, has died. An iconic voice in rock'n'roll, tributes from stars have flooded in to mark his passing.

Michael Lee Aday, known to the world as Meat Loaf, was confirmed to have passed away on 20 January, surrounded by his wife, daughters, and several close friends. The announcement came in the form of a statement on his official Facebook page, saying:

"Our hearts are broken to announce that the incomparable Meat Loaf passed away tonight with his wife Deborah by his side. Daughters Pearl and Amanda and close friends have been with him throughout the last 24 hours.

"His amazing career spanned six decades that saw him sell over 100 million albums worldwide and star in over 65 movies, including Fight Club, Focus, Rocky Horror Picture Show and Wayne's World. Bat Out of Hell remains one of the top 10 selling albums of all time.

"We know how much he meant to so many of you and we truly appreciate all of the love and support as we move through this time of grief in losing such an inspiring artist and beautiful man. We thank you for your understanding of our need for privacy at this time.

"From his heart to your souls... don't ever stop rocking!"

The news came as a shock to fans, as the iconic singer had performed on-stage as recently as March 2021, when he launched a whiskey brand in Nashville, Tennessee, alongside country singer John Rich. The cause of death has not been announced, although Meat Loaf had a history of asthma and has been recorded collapsing on stage several times, in part due to Wolff-Parkinson-White syndrome.

Tributes from colleagues and other stars have been posted over social media.

Cher, who collaborated with him on the single 'Dead Ringer', reminisced about how much fun she had working with him, and lamented that "amazing people in the arts [are] dying every other day".

Boy George, Piers Morgan, Mungo Jerry, and Slash were among others who also paid tribute to the rock-star.

Born to a Texas family in 1947, Marvin (later changed to Michael) Lee Aday formed his first group in Los Angeles, and named it Meat Loaf Soul, after a nickname given to him by a high school football coach. He turned down several early recording contracts, instead choosing the freedom of independent touring. The group saw some success, and frequent changes in members and band-names, but Meat Loaf grew restless, and decided to branch out into theatre and musical performance. He joined the cast of Hair, first off-broadway and then, after receiving acclaim from critics and audiences alike, as part of the broadway cast. This took place in 1972. The following year he was cast in the Los Angeles performance of The Rocky Horror Picture Show, and later reprised his role of Eddie in the film adaptation.

With his name established, Meat Loaf became known for his powerful voice, excellent range,  electric stage presence, and his leather jacket wearing, motorcycle riding persona. Overall, Michael Lee Aday's career spanned six decades. His debut album as a solo artist, Bat Out of Hell, came out in 1997. This was the first instance of his long-term collaboration with producer Jim Steinman. The album was rejected many times due to its genre-defying style, but became an immediate success once it was finally released. It is one of the top ten best-selling albums of all time. Its two sequels, Bat Out of Hell II: Back Into Hell, and Bat Out of Hell III: The Monster is Loose were also widely acclaimed, selling over 80 million copies.

He reached number one in the UK with his single 'I'd Do Anything for Love (But I Won't Do That)', and remained on top for seven weeks. Whilst Meat Loaf's popularity in the US fluctuated occasionally, he remained popular in Europe, particularly the UK, even winning a Brit Award in 1994 for his aforementioned number one single. Back in the US, the song had previously netted him a Grammy Award for Best Solo Rock Vocal Performance in 1993.

Meat Loaf did not adore his worldwide fame, saying during an interview that:

"The music was epic, the success was epic, everything that came with it was epic. Maybe that’s every teenager’s fantasy. But it wasn’t mine. I hated it because it was not based in reality. To me, the whole celebrity thing was and is a lot of bullshit. I had no interest in being worshipped and adored. I saw myself as something like a plumber. I just wanted to do a job well.

"Just because it’s rock’n’roll, it shouldn’t be on another plane. I have no interest living on that plane. Because living there zaps your brains. It’s all based on a fantasy. A dangerous fantasy if you start believing in it.” 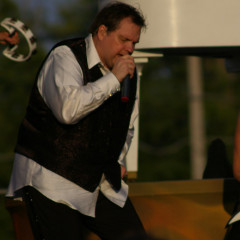 US singer Meat Loaf passes away at age 74

Legendary singer of Bat Out of Hell, Meat Loaf, has died. An iconic voice in rock'n'roll, tributes from stars have flooded in to mark his passing. 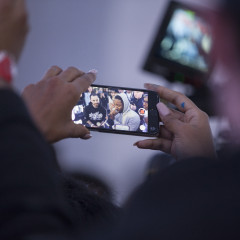