Untelevised, scaled back, and wrought with controversy, 2022's Golden Globes were a quiet affair.

The second most prestigious award show took a hit in May of last year when NBC, the television company that normally broadcasts the event, dropped the Golden Globes amid calls for a boycott. An abysmal lack of diversity within the Hollywood Foreign Press Association's (HFPA) internal and external judges led many to denounce the awards as a poor representation of great cinema and television. The HFPA has not a single Black member out of its 87 judges. Last year, notable films that had Black filmmakers at the helm, such as Ma Rainey's Black Bottom and Da 5 Bloods were snubbed in the Golden Globes' best picture category, prompting a public outcry.

This is far from the first time a prestigious award show has been called out on its lack of diversity, following on from the #Oscarssowhite and the Golden Globes' former president being expelled after condemning the Black Lives Matter Movement – such controversy has become the norm. It seems, now more than ever, that these ceremonies need to step up and sort themselves out, lest the public become even more apathetic to them. Fewer and fewer creatives are placing value on their golden trinkets.

Thanks to NBC's decision, the 2022 Golden Globes were held privately in Los Angeles, with no celebrity presenters or the usual pomp and flair expected from the ceremony. Instead, the winners were announced via social media.

2021 was, unsurprisingly, a rather poor one in terms of box office success. Even West Side Story, which cleaned up at the Golden Globes, was a complete bomb. With Covid-19 acting as somewhat of a catalyst for the downfall of award shows like the Golden Globes, one wonders what the future holds.

Nicole Kidman, Being the Ricardos

Best actress in a motion picture - musical or comedy

Best actor in a motion picture - musical or comedy

Kodi Smit-McPhee, The Power of the Dog

Jane Campion, The Power of the Dog

Best actress in a drama series

Best actor in a drama series

Best actress in a TV series - musical or comedy

Best actress in a limited series or TV movie

Best actor in a limited series or TV movie

Header Image Credit: "Golden Globes" by jdeeringdavis is licensed under CC BY 2.0 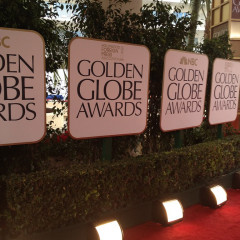 Golden Globes 2022: Who were the winners?

Untelevised, scaled back, and wrought with controversy, 2022's Golden Globes were a quiet affair.