Voice MagInterviewsWant my job? with DJ…

An insight into the creative journey of Pier Jam’s festival DJ, Greigless

So, my name is Greig, but I go by the alias “Greigless”. I’m a 25-year-old DJ and Music Producer based out of Blackpool, England. I’ve been pursuing the dream for a good few years now!

This is a good question, but I can honestly say I have no given schedule! I used to be learning how to produce music day in, day out for 8 or more hours consecutively every day, but that got a little bit more difficult when I had my daughter. But I’ve found doing less has actually helped. Typically I would wake up and have a coffee and a morning cigarette, and depending on my creativity for the day, would determine how long I’d spend at the laptop making music!

I think most people think we literally live the party lifestyle every day, but it tends to be waking up, completing your morning routine, drinking A LOT of coffee, smoking, staying isolated in the studio, getting stressed that a sound isn’t right, making food, chilling out for a couple of hours then going to sleep and repeating every day until you have a finished product to send off, what people see on stage isn’t even half of the day in the life (I wish I could insert the laughing face emoji here).

What does being a DJ/producer mean to you?

It means a great deal, music has been the only constant in my life for as long as I can remember, I’ve had many jobs and still do the odd bit here and there, but I get nowhere near the same level of fulfilment from those as I do from making music and being creative. It is my escape from a harsh reality, it is my escape from my own mind, it is my release if you know what I mean. I’m not afraid to admit that I struggle within my own mind daily, and it’s great to see so many big artists who have a substantial platform come out and speak of similar struggles, but music is just the perfect therapy. 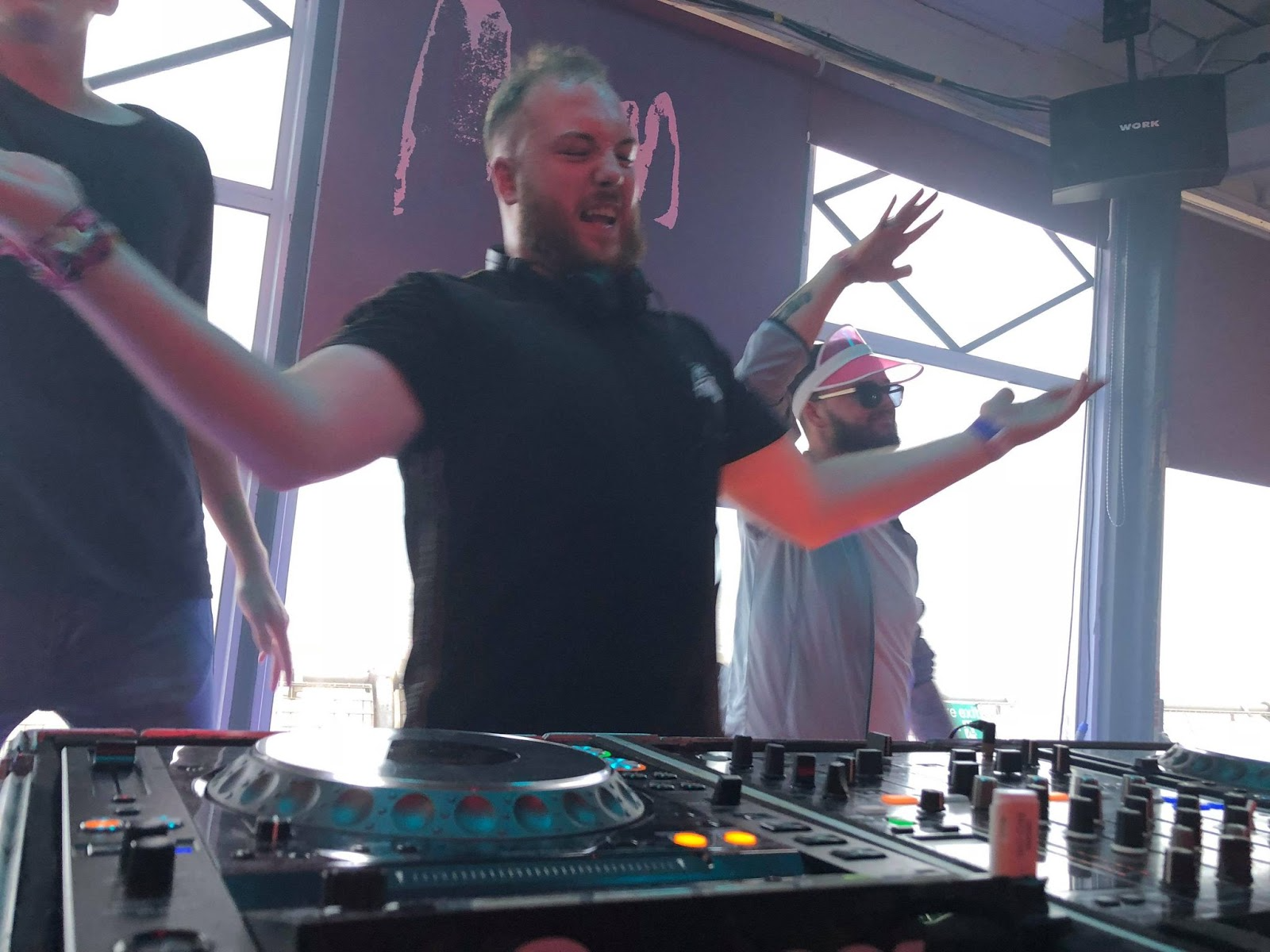 Getting to meet and work alongside so many great people who work within the industry, seeing people enjoy your music, and then when you play live to see so many people rave to your music or your track selection. Performing in front of a massive crowd, that’s the fun part! There is no thrill or feeling like it! Also, the being alone in the studio part is still pretty fantastic! You literally start with a blank screen, you build everything, and tweak every little sound from the ground up till you have a full-length track and it gives you an amazing sense of accomplishment!

I can’t say this enough… SET PREPARATION (I say this in a jokey way). It takes forever, analysing all your music, making sure you have everything right, it’s tedious. Making sure you have current and fresh music, although there is a saying “old but gold” which certainly rings true, it’s so important to keep things fresh. I wouldn’t even say that I dislike this part of the job, it’s just a bit tedious. I honestly don’t dislike any part of the job, I love it and I live for it!

Do you think there’s any misconceptions with your job?

Yes definitely, as I mentioned before, I think a lot of people just think it’s one big party lifestyle but the amount of work you put in and time you dedicate is often forgotten about! I’m not exactly a massive household name, but I can easily say that in the past 2 years I have spent easily 10,000 hours if not more glued to my computer trying to learn how to produce, making music, making mashups, making DJ mixes and more. It’s extremely time-consuming so I really think when people see us living it large on stage, having a drink, and a rave, that isn’t us just working, but we are also letting off steam too! We live for the crowds, and seeing everyone in front of you, makes the hard work totally worth it!

I would definitely say playing at Pier Jam for VW Music, being on the supporting lineup for artists like Holy Goof, Official Nancie, DJ S.K.T, FooR and even supporting artists such as Ramin Rezaie and Ian Van Dahl (Or IVD as he commonly goes by now) are definitely big highlights. But my career is really starting to make moves now, so I have to include the fact I’ve just been signed onto Underground household names Wh0re House Records (release date to be confirmed) and also have a few other pieces of work in the pipelines which are yet to be released!

So, before I got into Electronic Dance Music, I was heavily into Heavy Rock, Metal and all sorts of genres, I played the guitar for a good part of my life, but I started to shift into EDM when I first heard the Ministry of Sound: The Sound Of Dubstep 2 which featured the likes of Skream, Bar9, Rusko and Flux Pavilion. From there I started listening to all sorts of music from Big Room, DnB, Bassline, Garage, and House music. I honestly just liked everything I was listening to! As I got older and old enough to attend club events, I started drifting away from the guitar and started learning how to DJ. I remember the first event I ever helped promote was for my friend Leon. It was called P.L.U.R and we absolutely packed the club out and I watched him DJ in front of a live crowd, nervous as hell for the first time and he smashed it – he taught me everything he knew from that point. I actually started on a mouse and keyboard through the free software Virtual DJ because I couldn’t afford any equipment, not even the cheapest controller.

It wasn't until later in my career, when I started playing in different venues, that I got to use proper equipment. That said, it was certainly older stuff, like a CDJ-850K which had never been serviced and had headphone inputs that weren’t working. You literally had to learn how to almost scratch in a track, without making it obvious what you were doing or ruining the set. It was difficult but fun, and I would say that’s where I truly learned how to beat match with my ears.

Getting on stage at Pier Jam festival. I’m not going to lie, I got so drunk the first time I played – although not so drunk I couldn’t see – and I was still nervous! I think if I hadn’t have had a drink at all I might have been facing the roof halfway through my set with nerves! But as soon as I saw the amount of people loving the music and all my friends there supporting me, the nerves gradually went. It was just me, the decks, and the crowd, no distractions, just being in the moment.

I actually cried after that set because I would have never thought at any point in my life I’d be able to get in front of that many people and perform, I really surprised myself. 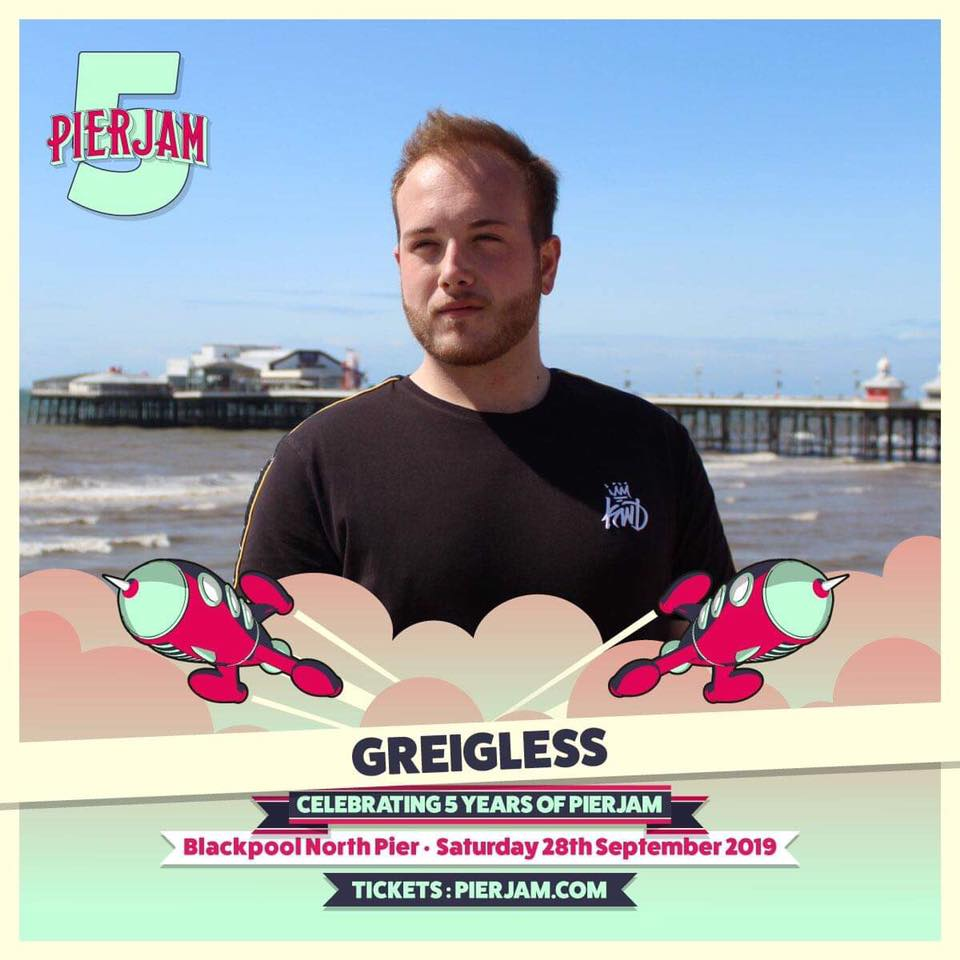 The industry is changing so much! Definitely in my lifetime, I have seen a massive shift from mechanical copies such as CDs and vinyl to online streaming. Artists also seem to be getting more recognition for their work but I think a lot still needs to be done for sure! The royalties artists receive from these major streaming platforms is honestly ridiculous, but I can see this changing eventually as bigger and bigger artists are starting to speak out about it.

Club life in my home town has changed massively too. It’s all the same sort of bars, playing the same sort of music (cheese, chart and pop), and there doesn’t seem to be any REAL clubs anymore. Flamingo nightclub shut down, Home & HQ has also now gone, Club Domain formerly known as Club Sanuk has been flattened. There really isn’t that much left anymore which is a shame and really does make it difficult for aspiring DJs and artists to work within their niche.

I firmly believe an artist shouldn’t have to sell their style down a river to be given a chance at a gig, but if you only mix certain genres, it seems in this town you haven’t really got a chance any more. I don’t know if other towns or cities are becoming the same, but from where I’m standing the music industry and nightlife industry in my home town is dying out. I am kinda gutted that I never got to live in the days of The Syndicate, Club Sanuk, Heaven and Hell, Main Street etc. The early ’90s to late 00’s really seemed like a good time to be alive in the scene.

NEVER give up. You’ve had a really rough ride, and you’ve been through more than people could imagine. Ignore everyone who ever made fun of you, made you feel as small as an ant, and walked all over you. Completely forget them, focus on your dreams and don’t lose sight of them – work hard and you will make moves eventually! In the end, it will all be worth it!

In the words of Shia LeBeouf…JUST DO IT!!

Do not go into it expecting it to be easy and never give up. If you decide it’s not for you, that’s fine, but if you have already decided it is, don’t expect it to be a quick and easy process. Some people catch a break in six months, others it can take years or even 10 years. Everyone’s journey is different, you just need to focus on your own journey and not what everyone else is doing!

Trust me, the end result and the rewards are AMAZING! 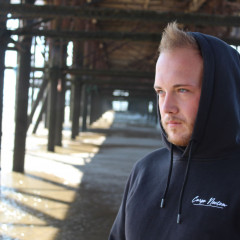 Want my job? with DJ/Producer Greigless

An insight into the creative journey of Pier Jam’s festival DJ, Greigless