My name is Alan Leach but for the purpose of this I'm called Alan Shed on account of my band name Shed Seven. It's my first time performing a comedy show as usually I'm a musician in the band Shed Seven, and I run a pub quiz company - SpeedQuizzing.com

An hour-long quiz which the whole audience can take part in via WiFi linked tablets. It'll focus mainly on music and comedy, with a bit of general knowledge for luck. It's very competitive but it's also quite daft in places with me occasionally turning my hand to stand-up comedy.

Because at 49 years old, out of the blue I've suddenly decided that I'm funny. I can't believe I hadn't realised it before. Since the realisation I haven't been able to stop being funny. When you are this funny, it'd be a crime not to go to Edinburgh. I'd actually feel guilty not going and thus depriving all those people of my new-found funniness.

I've never been so it's hard to say. I live in York where we have our own comedy fringe festival. I'm assuming it's going to be like a slightly bigger version of that. ;)

Well I've entered into comedy late in life which has been a natural progression from hosting quizzes.

The closest you'd get to my style of quiz show will be Never Mind the Buzzcocks and Shooting Stars. But In truth I was always more into Steve Coogan then Vic and Bob. I currently love that guy Anthony Jeselnik.

This isn't my job. My real job is the drummer in the band Shed Seven, which I'll be moving straight onto a massive tour with after Edinburgh. I also run a business with my brother called SpeedQuizzing.com.

Truthfully, I've always felt drumming with Shed Seven is a bit beneath me, so I'd maybe like to be either the singer in Shed Seven or the drummer in Coldplay.

We lived in a very musical house and my Mum and Dad loved comedy on TV so comedy and music were there from a very early age. My Mum loved political commentary and observational stuff like Ben Elton, whereas my Dad (bless him) loved his Benny Hill, so it was quite an eclectic mix.

I'm still quite new to the comedy side of things so I'd say no not really.  My show is essentially a music and comedy quiz event without a lot of political commentary. I think most adults still appreciate a bit of effing and jeffing at comedy events. However, I do find that if you Jeff a lot without the Effing, you get some strange looks.

Arse fell out of everything.

Bruce Lee, because no one fucks with you when you work with Bruce Lee.

I'm not sure. Rightly or wrongly I've opted for a ticketed event because it can be quite disruptive to my quiz if people wander in mid-way through. And also, since I'm from a quiz hosting background I do worry about being inexperienced with hecklers. In my head I've maybe assumed that if people can just wander in off the street, they might be more likely to dick about.

Go and have a look at what it is first. I didn't and really wish I had seen it so I had an idea what I'm turning up to.

ALAN SHED’S MUSIC, COMEDY AND EVERYTHING ELSE INTERACTIVE QUIZ SHOW is at the Just The Tonic @ The Mash Up – Just The Cask Room at 2.25pm from 1st – 25th August (except 12th) for tickets go to www.edfringe.com

You can find Alan on all the social media channels below: 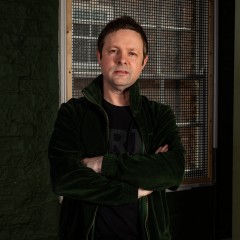