WINDOW is Brighton Fringe's Arts Industry showcase created to develop and encourage artists ready for the next step in their career. We spoke to Tim of Smokescreen Productions, whose project Shell Shock was selected as a WINDOW participant.

We are Smokescreen Productions. We produce issue led drama in a cinematic style, raising awareness of and working alongside national charities. I am the writer and director of the stage adaptation of our Brighton fringe 2017 project, Shell Shock.

Shell Shock is a stigma reduction project, tackling mental health issues in a highly accessible and frequently comic style. The play follows the life of one squaddie affected by Post Traumatic Stress on his return to civvy street (Ed note: civvy is slang for civilian). His observations on every day life are at once comic and poignant as he descends through flashbacks and nightmares into the dysfunction of Post Traumatic Stress Disorder.

Because the festival's national and international reputation and the town's creative and receptive buzz, make the Fringe a terrific launch-pad for any new piece of writing.

Because WINDOW is a terrific concept allowing for excellent opportunities to showcase new work to friends of the festival and arts industry professionals. Shell Shock is a military based project but stress and trauma are not exclusive to the services and the piece has a wide appeal as highlighted by working alongside national organisations such as Time to Change and Heads Together as well as Help for Heroes and Combat Stress. Through WINDOW we hope to bring Shell Shock to wider audience and seek new opportunities to perform further afield.

How did you react to being told you'd been selected to be showcased?

Whoop whoop! We know that the competition is fierce for WINDOW. We know we have a strong show but to be given this opportunity is a massive boost in affirmation and encouragement, for which we are really grateful.

Already we have experienced recognition and feedback as a result of using the WINDOW logo on our publicity, it clearly gives us a platform but also raises the stakes – it is up to us now to deliver a top quality product worthy of this promotion!

The feedback and responses we have had from service personnel who have seen previews and have offered support, from ex-Tornado Pilot John Peters, shot down over Iraq in the first Gulf War, to Kosovo veteran Gemma Morgan, Generals Sir Michael Jackson and Lord Richards as well as charity volunteers from The Royal British Legion, Combat Stress and H4H.

Working through the research, the personal stories, some of which are truly heart-breaking.

Tom Page who plays Tommy is very focussed and loses himself completely in the role. We make sure that we leave him well alone! A post show cold beer is probably more of a ritual.

Every show is different but this, being an adaptation, had to be very disciplined. Neil Blower's original diary is fictionalised but deeply personal being based on his own experience and that of others close to him - therefore the material had to be treated with the utmost respect and care. Also, his novel is consistently relatable, vernacular and direct so is easy to adapt for the stage but we had to be fiercely disciplined in choosing which episodes to draw on to keep the flow whilst being concise and getting the balance of comedy and poignancy right.

The death of touring and funding to smaller scale venues. Particularly for theatre as venues restrict themselves to music and comedy nights, restricting the opportunities to see new writing develop. Theatre companies increasingly adapt to a 'gigging' culture of odd nights over a longer period, concentrated tour weeks seem to be largely a thing of the past

None. Wouldn't give this up for anything else. Been there, done that, made myself miserable. Shan't be going back there, however skint it makes me!

The same. Don't expect the phone to ring. We know the clichés… it's an overcrowded industry and it's really tough out there… well, don't expect anything else, get out there, work your backside off, get a proper training if you can, or a grounding volunteering, working FoH, flyer-ing, anything theatre related, do the hard miles, read the books and be prepared to make your own opportunities. 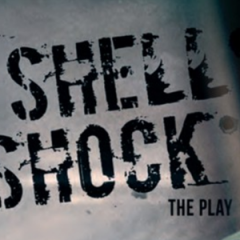 WINDOW is Brighton Fringe's Arts Industry showcase created to develop and encourage artists ready for the next step in their career. We spoke to Tim of Smokescreen Productions, whose project Shell Shock was selected as a WINDOW participant.