Voice MagInterviewsWhere Are They Now?…

Youth Network Leader Dan has achieved Bronze, Silver and Gold Arts Awards- and created brilliant work in fundraising and creating an informative documentary (both linked to in the interview below). Find out what he's been up to and what advice he would give to young people doing an Arts Award.

I am currently working as a freelance photographer, photographing events around East Sussex. One of the recent events I did was the Town's Christmas lights switch-on by David Dimbleby.

More work can be seen at:

In 2009 I was luckily enough to work on "Some Truth about Youth" when The British Youth Council recruited ten young people to make a 40 minute documentary. The film focussed on the political movements and personal stories in which young people have been able to make a difference. As part of the film, we interviewed well-known politicians such as Peter Mandelson. Screenings of the documentary have taken place at the British Film Institute and at the BAFTA ceremony in London, along with being shown on the Community Channel and 1000 DVDs distributed to various schools and youth clubs in the UK. The film-makers scooped the accolade of 'Best Broadcast Created by Young People' in the Positive Images Awards.

Working as a professional photographer and working on some exciting documentaries.

I have been able to achieve Bronze, Silver and Gold Arts Awards and I have used them at different stages of my arts progression to gain new and exciting skills. I first used Bronze to give me the chance to learn the basics in pratical photography and also look at it as an art form.

I then used Silver to develop my media experiences and learned video production skills and produced "What Happens When You Call 999". I wrote, filmed and edited a short film for the East Sussex Fire Service, documenting how they deal with a 999 call. I was the first person in this area to gain access to film such a documentary. The film was made in association with my Silver Arts Award and it was nominated for awards and screened at several filmmakers awarding bodies namely: The 'Leeds Young People Film festival' and 'The Co-operative Young Film Makers' Festival', was awarded 2 stars at the 'IAC British International' amateur film competition and won the 'Sound and Architect' film and media festival prize, which led to an invitation for me to have a private tour of the BBC South East and watch the live show from the studio gallery.

I used Gold to develop my photography skills in a more of a professional capacity, such as wedding photography and also digital image editing. I also gained skills in event management and I successfully managed a photography competition which saw images produced into a calendar and sold for charity which raised over £1,000.

Firstly, choose the right Arts Award level for you. Use an art form that you are interested in to develop your skills, and if you commit to it you will achieve fantastic results. 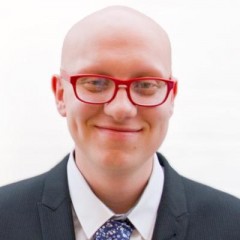 Where Are They Now? with Dan Dunbar

Youth Network Leader Dan has achieved Bronze, Silver and Gold Arts Awards- and created brilliant work in fundraising and creating an informative documentary (both linked to in the interview below). Find out what he's been up to and what advice he would give to young people doing an Arts Award.