I last wrote an article exactly like this three years ago. How has it been three years? Where has all that time gone?  I remember sitting down to write it as if it were a week ago - keyboard poised, coffee in hand, iPad ready. Exactly as I am sat write now, writing this. So what has happened in those three years? Well, sit down comfortably and I’ll tell you.

I was in the middle of my postgraduate degree, overwhelmed by essays, coursework and a mountain of reading. Learning critical theory and studying art, films, performance and history. Those studying days are behind me now. In fact, I don’t think I’ve read a book since I’ve graduated (is that terrible? Do graphic novels and comics count?). I graduated in December 2016 with an MA in Art History and 2.1 degree. Of course, I’m still an avid art gallery, museum and film lover. I think I own more art catalogues and visit more exhibitions than I had chance to during my degree. I’m still completely infatuated with the subject and spaces art occupies. I am also more obsessed by film and interested in film theory than I ever was before my degree. I’m constantly reading articles about film and have become interested in learning practical techniques.

I’ve completed two film courses at Broadway Cinema: one in screenwriting and one in film making and film photography. I really don’t want to stop learning, so enrolling in low-cost affordable courses has been my way forward. I’ve completed other courses too such as learning beginners ceramics at City Arts and completing a Women into Art and Crafts course with NG:she. After doing so much academic study, I really want to cater for my calling into doing art, film-making and crafts.  So that’s where the last year has led me.

I am in the process of trying to establish myself as a photographer and artist. Building upon past experiences, I am in the process of establishing a business as a freelancer and sole-trader. I’ve been working with The Mighty Creatives who have been running a course, networking and mentoring programme sponsored by NatWest to provide business support especially for creative start-ups and to realise artistic ideas as part of Emerge Creative Business Enterprise. They have been hugely supportive and helpful, I’ve come such a long way in the last six months. I almost have a finished business plan, I’m close to establishing a website and social media presence and I’m developing my personal budget, services, products and price plans.

I’m pleased to say that a large proportion of the last year has been spent being creative. I’ve been really able to focus on taking photography and editing. I’ve also picked up film photography again after a ten year hiatus from using a film SLR and analogue techniques. I’ve developed my skills further in drawing and illustration and I’m now constantly creating sketches and watercolours. It’s amazing how having spent my entire life up until I graduated in December 2016 in education, how these things ended up pushed aside and I just didn’t have the time or ability to prioritise them. After about a ten year gap I’ve started doing creative writing again and putting time into playing my piano. It’s like I’m picking up the life that through working so hard on my degrees became cast aside. So has a lot changed in three years? I don’t think it could be any more different.

I’ve also been working and volunteering in the last year. I worked at Junction Arts as a Lantern Making Assistant straight after I graduated. I’ve been very busy with Young Producers. We organised and put on two arts festivals both this November and last November and helped curate their exhibitions. We are currently organising our event for Nottingham Poetry Festival.

I took part in the Heritage Hunters project where we went on an exchange representing the Young Producers to Moldova for ten days in October 2017, a programme organised by Intercollege, Erasmus+ and City Arts. I will be taking part in this project again in April 2018 this time based in Nottingham for ten days. I’ve also volunteered and worked at the Digital Humanities Centre whilst finishing my degree, developing digital and technical skills and experience.

I’ve been busy with Illuminate at Nottingham City Museums and Galleries too. Since I finished university I’ve helped photograph, shoot and storyboard a short film to improve accessibility for an exhibition based in the prospect room at Wollaston Hall. We’ve worked with Izzy Hollis, Sam Metz and Rosny Haywood to develop puppetry techniques and interactive dinosaurs wings for the family area of the dinosaurs of China exhibition and at the moment we are continuing with our rebellious retail project, designing items to sell in Nottingham Castles shop. I’ve also become an Arts Award Advisor for Bronze and Silver and I’ve completed my Gold Arts Award in this time! My silver arts award which I wrote about last time developed into my Gold, where I organised and curated my own individual exhibition at Nottingham Contemporary! I’ve since graduated Collabor8 and celebrated the end of circuit with Nottingham Contemporary.

I’ve continued to conduct research into Nottingham Lace at Brewhouse Yard Museum which I’ve been working on for a year or so and continued research with the Mercian Regiment Museum.

I volunteered with FORMAT Photography Festival for a month in April 2017 which was an amazing experience. I’ve been doing different freelancing roles continuing to do various event photography services at Nottingham Contemporary, City Arts and other arts organisations. I’ve also been freelancing as a researcher and evaluator, such as conducting and writing a report about co-production working with Hannah Satchwell and Callum Mulligan, Illuminate and Outburst to create and evaluation machine. I’ve also worked at City Arts with their Christmas Market and am currently an Ambassador for Derby Theatre.Aside from professional ventures I’ve been travelling more than ever and have discovered my love for travel both in the Uk and Abroad.

Without becoming an Arts Award Reporter back in 2014 I don’t think I would have ever had the confidence to travel by myself but now I love independent travelling. I’ve been different places in the UK - Birmingham, Manchester, London. I’ve also discovered my love for comic conventions. I’m currently continuing to search for freelancing, alternative work opportunities and building my business. I’ve entered the 21st century and finally joined Instagram and Snapchat, continued to use Twitter and Facebook and finally started my own blog. I’m continuing the different projects I’m involved and in and have enrolled onto new opportunities. I will keep you posted with my progress and who knows - in three years time I may be writing yet another article exactly like this…

Help others like you get through their Arts Award qualification by writing about your tips and experiences. Become a Voice Contributor today. Or come along to our FREE workshop on Saturday 3rd March 2018 and find out how to cut it as an arts writer! Book your place here. 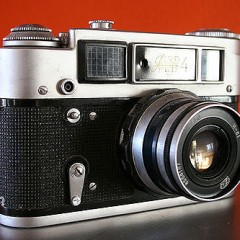 Where are they now? with Silver Arts Award achiever Mary Strickson