When it comes to the Oscars, especially this year, a lot of offence is often caused without malicious intent.

We don't need to remind you about the issue of diversity in this year's list of nominations following the same whitewash of last year's ceremony.

Now, in the aftermath of the ceremony, Sam Smith has come under fire for something he said in his Oscar acceptance speech dedicating the award For Best Original Song for Spectre's Writing's On The Wall to the "LGBT community all around the world."

Here's his speech, in case you missed it.

The part with which people take issue is this: " I read an article a few months ago by Sir Ian McKellan and he said that no openly gay man has ever won an Oscar and, if this is the case, even if it isn't the case, I want to dedicate this award to the LGBT community all around the world."

This fact was brought to light to the openly gay, Oscar-winning screenwriter of Milk and fiancé of Tom Daley:

Hey @SamSmithWorld, if you have no idea who I am, it may be time to stop texting my fiancé. Here's a start: https://t.co/8hGTRtIaMK
— Dustin Lance Black (@DLanceBlack) February 29, 2016

It seems like a lot of people took offence at Sam Smith self-assuredly giving himself the title of first gay Oscar winner. But listen to what he said: 'even if this isn't the case…' he is fully aware that what he said could be wrong and what he quoted or misquoted could be conjecture. For all intents and purposes, he didn't say he was the first, he said that he'd read something that, if correct, would mean he's the first.

To clarify, McKellen told Sky News that no openly gay man has ever won the Oscar for Best Actor while trying to highlight that the Hollywood diversity issue goes far further than ethnicity.

In between the speech and Black's tweet, Smith was reminded by a reporter that Howard Ashman, renowned for being the openly gay writer and multi-Oscar winner of many classic Disney songs. Smith didn't pretend to know him and this time genuinely put his foot in it by saying: "I should know him. We should date." Ashman died of AIDS complications before Smith was born.

Sam Smith, apologised and rightly attempted to clarify the intent of his speech:

My point was to shine some light on the LGBT community who i love so dearly.
— Sam Smith (@samsmithworld) February 29, 2016

On one hand, he should've been sure of facts before addressing the hundreds of millions of people who are going to watch his speech in some form. On the other hand, you cannot blame him for saying something whilst clearly and undeniably acknowledging at the same time that it may false – and 'even if it isn't the case' being beside the point.

Dustin Lance Black later also tweeted his reasons for deciding to call Smith out on his apparent mistake by spinning it to highlight the need for the LGBTQ community to acknowledge their history:

THE POINT: knowing our LGBTQ history is important. We stand on the shoulders of countless brave men and women who paved the way for us.
— Dustin Lance Black (@DLanceBlack) February 29, 2016

Smith's acceptance speech was now being used as case and point for the fact that LGBTQ people should know about LGBTQ history. This isn't about whether or not LGBTQ people should or shouldn't educate themselves of the people on whose shoulders they stand - shoulders which we're spending this month celebrating. Although, apparently, 'LGBT[Q] people must know their history' lest they are outed by having Dustin Lance Black's statuette catapulted at them. What's more important is that this is an arguably insignificant strand of that history.

However important one might think the Oscars are, there are far more important achievements made by the community that ought to be known. Why should Sam Smith, a singer, whose first film song this was, and who is British need to know the history of gay winners of the Academy Awards? Yes it's fairly common knowledge that Elton John won his Oscar because he was nominated three times in that category that year and the whole soundtrack is legendary. But again, he didn't try to make the case that he was that important.

A lot has been made from not-so-much, in my opinion. 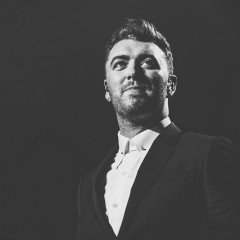 When it comes to the Oscars, especially this year, a lot of offence is often caused without malicious intent.