When films 'take a trip' and shoot in international locations, do these place become stereotyped or shown in a particular, exaggerated light?

Films often reference foreign locations, and often the storyline takes place in international settings. Sometimes the film crew travel to the locations themselves to shoot and capture the area's landscape and lifestyle, whilst other times the locations are 'imagined' and 'recreated' within a hollywood set. This brings about questions: when these arty films 'take a trip' do the international locations become stereotyped or shown in a particular light? Perhaps locations become idealised to fit a distinctly 'hollywood' style? Or perhaps most films show a notion of reality, capturing the locations as they really are? I want to apply those questions to three films which all rely on being set on location: Lost In Translation, Slumdog Millionaire and The Grand Budapest Hotel.

Lets start with Lost in Translation. Based entirely in Tokyo in Japan, it follows the tale of two American leads, who live entirely separate lives, but their paths cross when they both stay in the same hotel and slowly adapt to Japanese life. To start with, the Japanese customs and way of life seem completely alien to both of these main characters, but as they slowly become accustomed to this way of life, they become part of the culture themselves and begin to break the cycle of boredom that they had both sunk into, trapped within their hotel rooms. In this way, its about being accepting of different nationalities and realising that the location makes no different to human feeling.

In this way the Japanese culture is both shown as stereotypically vibrant and foreign, but also shown as having an ultimate feeling of normality and peace. It is hollywood stereotyped in some ways, in that it shows everything as being exotic and different to us, but at the same time it displays a realism and shows how the place itself changes as it becomes more known to the characters. By the end of the film, it becomes sad to leave Japan behind - both for the characters and the audience. We begin to see it as a brilliant place to go and have fun.

Slumdog Millionaire is mostly set in India and the film does seem to show a sense of reality: highlighting the huge gaps between the very poor and the very rich and the juxtaposition between them. Again, the film highlights the disparity between our western lives and India's developing world, but by the end of the film we see the end to that difference, beginning to understand their lives, their feelings and their customs. At the same time, the film is affected by Hollywood, both through its casting and its storyline. The location even seems to be slightly too extreme at either end of the spectrum to show a really honest version of the country, and all of its complexities.

The Grand Budapest Hotel is set in the fictional European Republic of Zubrowka but it was filmed in Germany. Interestingly, while the location is fictional, it pulls from many different areas of Europe over the last century subtly referencing the Nazi occupation and the rise of the Soviet Union. In Wes Anderson's film, everything is exotic, otherworldly, enormously colourful, superfluously elaborate. Yet this is struck with violent and dangerous underworlds, schemes and difficulties. Behind the refined exterior, there is an undercurrent of harsh realities and brutal punishments. Like Slumdog's India, the richness is presented as a façade, whilst the real lives are presented through the human emotions of the poorer characters.

Through comedy, The Grand Budapest Hotel presents its film entirely as unrealistic to comedic effect: its landscapes are fictitious, its plot unbelievable, its dialogue unnatural, and yet it gets to some of the deeper points about life through this fantastical setting. Indeed the cinematography of the landscape in the Grand Budapest Hotel is one of the films many triumphs and its idealism becomes enchanting, captivating a real pull of the film. We as an audience feel personally empathic and attached to the hotel and Budapest, painting a picture of an imaginary lifestyle and setting. The moments that link to Europe's own violent past are almost more gut-wrenching for their subtlety.

Most films that are set abroad have elements to them that present an air of realism, but that realism can be pushed and exaggerated, in both pessimistic and optimistic directions. Sometimes settings are idealised, sometimes settings are stereotypical and Hollywood-inspired, more based on our English and American standards and ideas than in actual national traits. But, do you know what? Most make a comment or a point about a situation that is real to that location, providing food for thought and questioning the viewer's assumptions, no matter how unconvincing the purely visual representation may be. 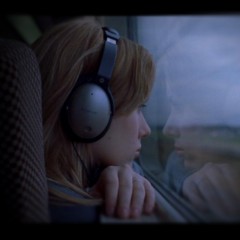 When films 'take a trip' and shoot in international locations, do these place become stereotyped or shown in a particular, exaggerated light?