Voice MagFeaturesVoice in your head:…

It's time we start talking about it

Mental health is a big thing. How big? Political parties across the spectrum dedicated space in their manifestos to promise to address it.

One in four in the UK will experience a mental health problem each year, and one in six report mental health issues each week. For something so common it's still taboo to talk about it, which can lead to devastating consequences.

We want to change that.

It's worrying just how early a mental health issue can manifest. Suicide is the most common cause of death for boys aged 5 - 19, and the second most common cause for females. One in 12 have self-harmed, although that number could be much higher.

Despite this, only 0.7% of the NHS budget is spent on children's mental health.

It also a common belief that mental illness should somehow take a backseat to physical ailments. Not only is that unhelpful, but it's also incredibly shortsighted.

Physical and mental health are interlinked, and people need to realise that prioritising one over the other is self-defeating.

It's time to talk about it

Voice has never backed away from the topic of mental health - in previous years we have dedicated the month to talk about mental wellbeing - but there is always more we can do.

We want to dedicate a level of attention fitting of such an important issue, and therefore have decided to make mental health an editorial focus for 2017. This doesn't mean our other great content is going away, just that there will be more of it.

We have some very cool things that we want to do, starting next month with #helloyellow - a campaign run by Young Minds, who will also be sharing blogs and resources with us. We are also lining up interviews with experts, planning on creating resources to help you look after your own mental health, and will be exploring the positives of mental health. In the meantime, or indeed at any point, if you have anything that you think deserves attention, or would like to talk about a feature, you can contact me at [email protected]

Visit the Voice in your Head Voicebox 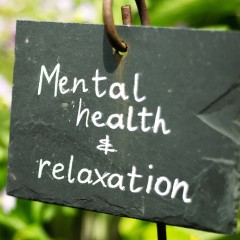 Voice in your head: Mental Health

It's time we start talking about it