SixByNines&Co, – the literary arm of marcomms, PR and Talent Management agency TGRG – is proud to announce its latest virtual book event with political activist turned author, Alicia Garza. The Purpose of Power: An Evening with Alicia Garza will take place from 18:30 on Wednesday 8 September 2021 and will be presented by award-winning journalist, Nadine Drummond.

In 2013, Alicia Garza wrote what she called “a love letter to Black people” on Facebook, in the aftermath of the acquittal of the man who murdered seventeen-year-old Trayvon Martin. Garza wrote:

Black people. I love you. I love us. Our lives matter.

With the speed and networking capacities of social media, #BlackLivesMatter became the hashtag heard ’round the world. But Garza knew even then that hashtags don’t start movements—people do.

Long before #BlackLivesMatter became a rallying cry for this generation, Garza had spent the better part of two decades learning and unlearning some hard lessons about organizing. The lessons she offers are different from the “rules for radicals” that animated earlier generations of activists, and diverge from the charismatic, patriarchal model of the American civil rights movement. She reflects instead on how making room amongst the woke for those who are still awakening can inspire and activate more people to fight for the world we all deserve.

The Power of Purpose is the story of one woman’s lessons through years of bringing people together to create change. Most of all, it is a new paradigm for change for a new generation of changemakers, from the mind and heart behind one of the most important movements of our time.

This follows a series of SixByNine&Co. events with authors such as Dorothy Koomson, Benjamin Zephaniah, Alex Wheatle and Diane Abbot MP.

“Alicia Garza is an indisputable cultural icon, co-creating one of the most important movements of modern history. It’s an honour to spend time with Alicia discussing her life and work and bringing it to UK audiences.”

Tickets are Free/Pay What You Want and are available from Eventbrite and 30% of all proceeds will be donated to Black Cultural Archives. The Purpose of Power can be purchased at the SixByNines&Co.’s Bookshop.

She is the co-creator of #BlackLivesMatter and the Black Lives Matter Global Network, serves as the Strategy & Partnerships Director for the National Domestic Workers Alliance, and is a co-founder of Supermajority, a new home for women’s activism. Alicia has become a powerful voice in the media and frequently contributes thoughtful opinion pieces and expert commentary on politics, race and more to outlets such as MSNBC and The New York Times. She has received numerous accolades and recognitions, including being on the cover of TIME’s 100 Most Influential People in the World issue and being named to Bloomberg’s 50 and Politico’s 50 lists. She is the author of the critically acclaimed book,

The Purpose of Power: How We Come Together When We Fall Apart (One World Penguin Random House), and she warns you — hashtags don’t start movements, people do. 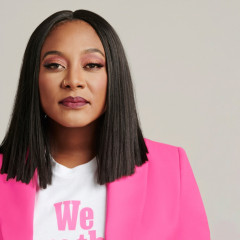