MozFest is the world's leading festival for the open internet movement. Join influential thinkers from around the world to build, debate, and explore the future of a healthy internet. Tickets for Under 18's only £3.

MozFest is a diverse, highly interactive event with something for everyone. The festival kicks off Friday evening with a science fair, where attendees can stroll around and check out presentations on inspiring ideas and projects, many of which were developed at previous MozFests. Saturday and Sunday are filled with participant-led sessions that generally run between 30 to 90 minutes. You'll find interactive spaces where participants can learn something new or engage in some hands-on making or experimentation; small group breakout discussions where bright minds debate the most pressing issues facing the Internet today; and ongoing, informative displays where attendees can explore ideas at their own speed.

Head to the Mozfest website to buy your tickets: https://mozillafestival.org/tickets 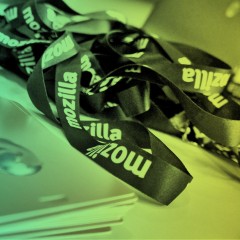 MozFest is the world's leading festival for the open internet movement. Join influential thinkers from around the world to build, debate, and explore the future of a healthy internet. Tickets for Under 18's only £3.