We know art has the power and the mission to convey a message in a way that moves people. How are contemporary artists talking about climate change through their pieces?

Almost every piece of art is subject to the historical, social and cultural context in which it was created; and every time the world has faced a global crisis, it has been captured by art. Over the last 50 years, one of the most urgent issues to address is the climate crisis. So, how is this reflected in contemporary art?

To help me answer this question, I’ve listed five of the pieces that I consider most relevant to this subject. 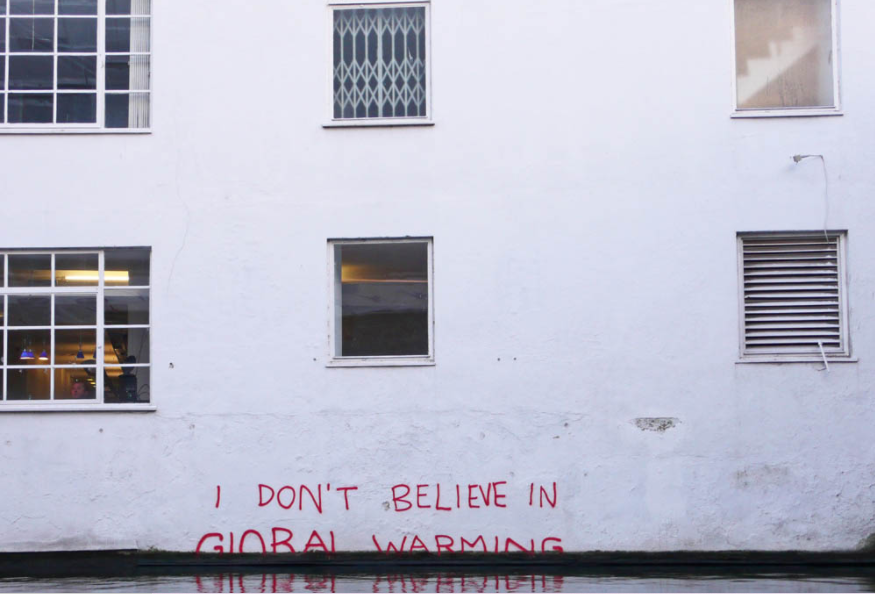 ‘I don’t believe in global warming’, by Banksy- from Banksy’s official website

Banky’s works are always focused on social issues. Back in 2009, as the COP 15 (Copenhagen Climate Change Conference 2009) was taking place, Banksy intervened to protest in his own original style. This work (that appeared beside Regent’s canal, in  Camden, London) shows the spray-painted red capital words: ‘I don’t believe in global warming’ as they sink, making a statement of the piece itself (as scientists have warned, one of the many consequences of global warming, is the raising of sea levels, causing floods and disaster everywhere). 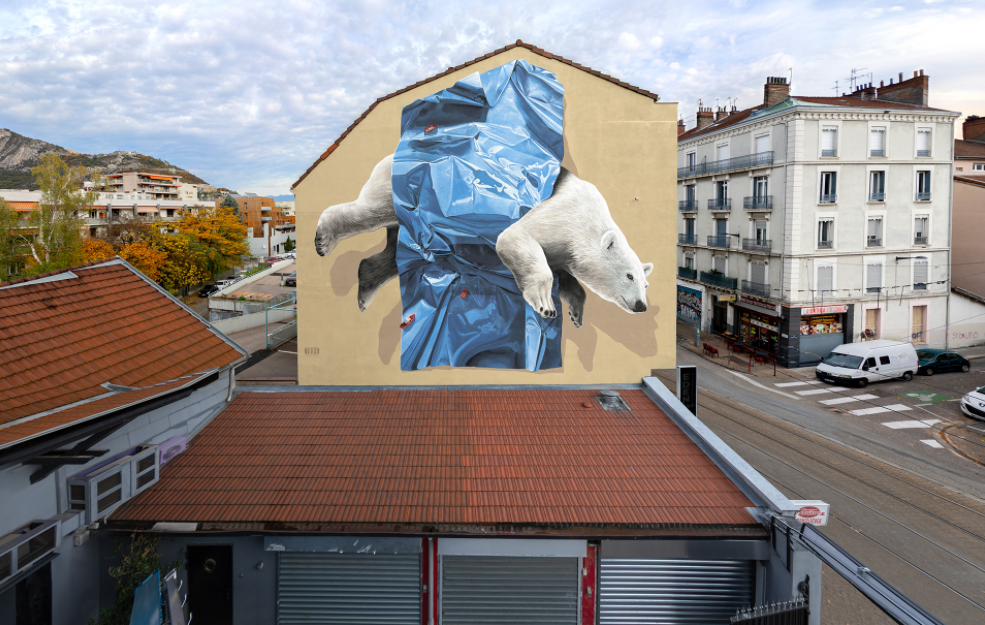 NEVERCREW is an artist duo based in Switzerland. Formed by Christian Rebecchi and Pablo Togni, NEVERCREW’s works focus on the relationship between men and nature. In this piece (a mural painting for Grenoble Street Art Fest 2020), they reflect on how humankind has a wrong perception of how nature and the human being are part of a system where they need each other to survive; and instead, humans appropriate, exploite and take advantage of natural systems, causing it’s collapse and destruction. 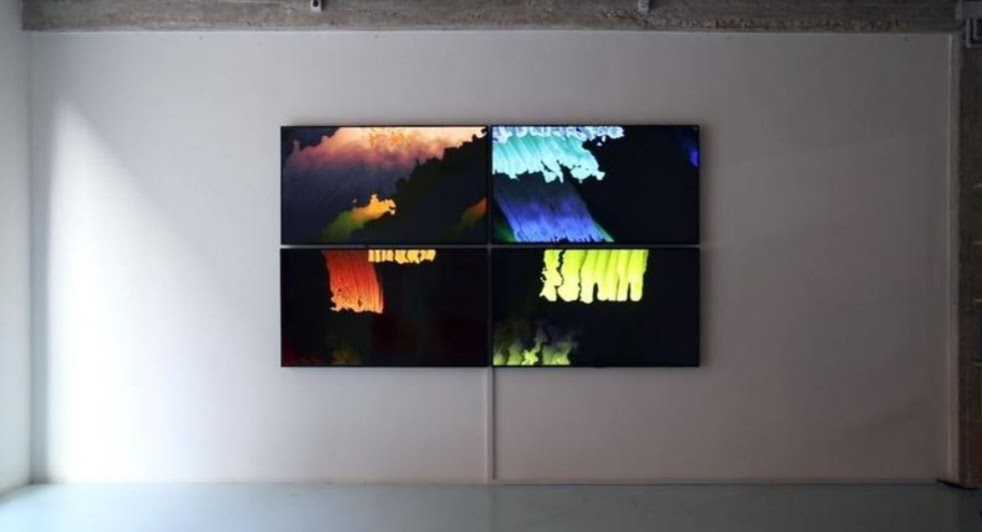 ‘Ráfagas’ is, as the artist describes it, a 'political metaphor' that represents the changes made to the documents of international agreements to fight climate change like the Paris Agreement, the Kyoto Protocol and the Montreal Protocol. The words on the documents are represented by the movement of the wind from the region where they were created, generating distorted images. 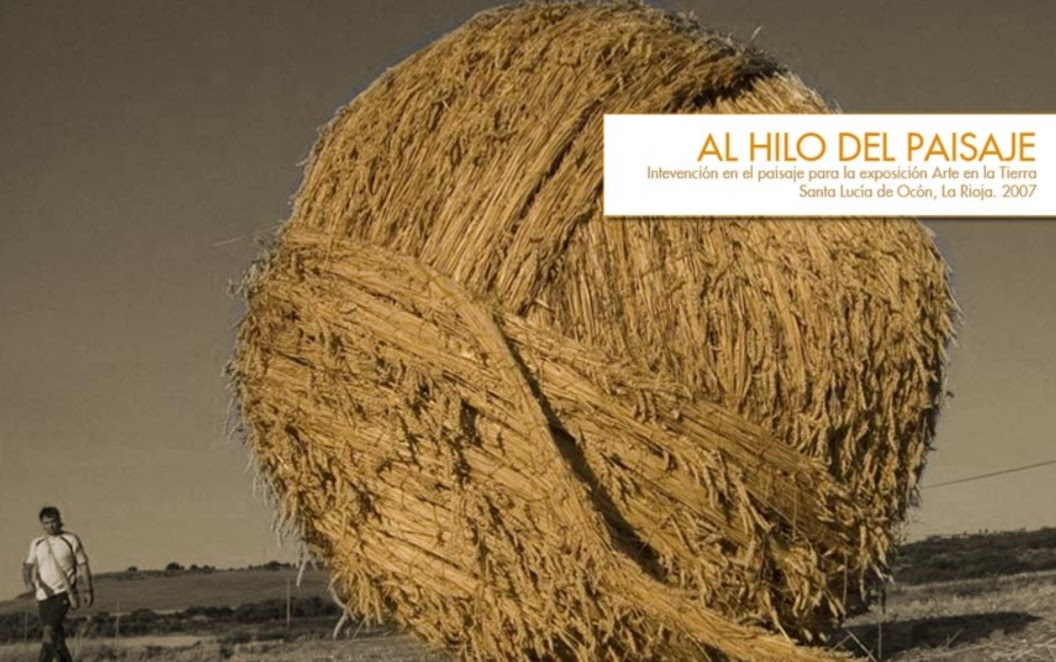 This piece is an intervention made in La Rioja, Argentina for the 'Arte en la tierra' exhibition (2007). Here, the artist's intention is to reflect on the relationship between humans and the environment they live in, and the importance of this coexistence being peaceful. Made completely out of natural elements that the spanish artist collected, this sculpture is part of a series of artistic interventions in natural environments using materials like rocks, flowers, straw, etc. 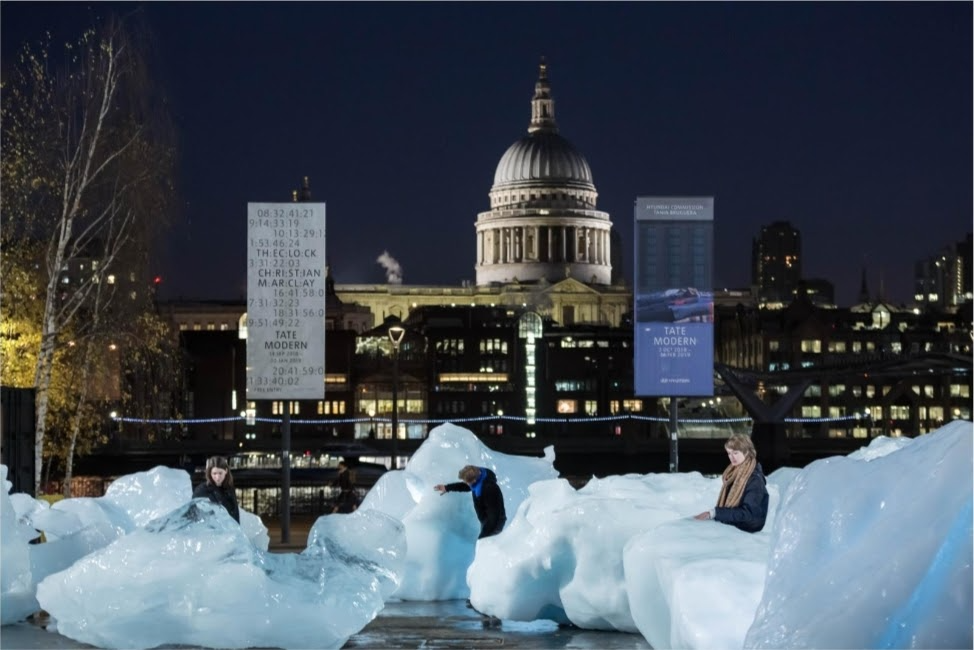 This project, launched in 2014, involves interaction with the public. The Danish artist (Eliasson) and the geologist (Rosing) took huge blocks of ice and placed them outside the Tate Modern, in London, so that the people who visited the piece could touch them and experience the effect of global warming in the arctic ice. The main purpose of this interaction was to raise awareness about how global warming affects the world's temperature and the local natural environment.

Climate change is a subject widely explored by contemporary artists. Whether their work is trying to raise awareness of the urgent issue, or simply acting as a means of protest by itself, it is possible to relate the artist's work to that of the activist. Both are moved by the desire to make a significant change in society, and are using their voice or platform to achieve that. Now, what is the real impact of art when it comes to the climate crisis? The success of art in conveying its message about the urgency of climate change comes from the reinterpretation of scientific data – bringing it closer to society and presenting it in a more subjective way. It makes the complexity of the science more relatable to the human experience, free to multiple interpretations and perspectives. 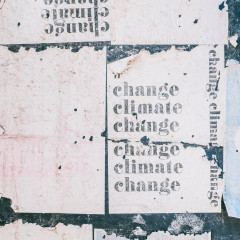 How climate change is reflected in contemporary art

We know art has the power and the mission to convey a message in a way that moves people. How are contemporary artists talking about climate change through their pieces?