Voice MagBlogs9 of our favourite r…

Do you ever find yourself missing the games of your childhood? So do we! That’s why the team at Voice Magazine have come up with a list of some of their favourite nostalgic video games!

Nostalgia is a powerful thing. That’s why on this #ThrowbackThursday, the team at Voice Magazine decided to come up with a list of their favourite nostalgia evoking video games. Read on and take a trip down memory lane!

A classic platformer of the original PlayStation era that was remastered for newer players in 2017, Crash Bandicoot was an enjoyable, if at times, frustratingly challenging game that would ensure fun for the whole family. In it, you played as Crash, a mutated bandicoot, who attempts to thwart the mad scientist Dr. Neo Cortex’s plans for world domination and save his girlfriend, Tawna. The game had a fast-paced feel to it as you made your way through the levels, spinning or jumping on any enemy that you came across. With a host of memorable boss fights, including the animated Ripper Roo, the mafia-esque Pinstripe Potoroo, and Dr. N. Brio, Crash Bandicoot is definitely a game for the ages.

Need for Speed: Most Wanted

The original iteration of this racing title, released in 2005, was definitely a memorable video game for me growing up, especially with the degree to which you could customise cars. While I had played earlier entries into the Need For Speed series, Need For Speed: Most Wanted is the first that I can recall playing with clarity. You play as a racer who faces off against 15 elite drivers, collectively known as the Blacklist, in the fictional city of Rockport in an effort to regain your car from the game’s main antagonist, Razor. The game also featured an impressive soundtrack in addition to high-speed police chases that increased in difficulty as you gained more notoriety (heat) through completing races and other events. Despite the now very dated and admittedly cringy full-motion video (FMV) cutscenes, Need For Speed: Most Wanted is a racing game that has stood the test of time.

Nintendo, being the geniuses that they are, took the best thing you can do in life – owning a dog – and made it into a video game. In this Nintendo DS real time pet-simulation you could wash, walk, play with and feed your dog via touchscreen and train it to do tricks using the DS microphone. Just because your pet was virtual doesn’t mean you could slack on being a responsible owner – if you left your dog alone for too long it would become dirty and hungry and eventually run away, which definitely gave me some childhood trauma. The game peaked at the disc competition and obedience and ability trials, with commentary by the iconic Ted Rumsworth and Archie Hubbs. Games just don’t get more wholesome than Nintendogs.

If you’ve played Cooking Mama then you can call yourself a Michelin Star chef. The pressure of perfecting various recipes under the watchful eye of the eponymous Mama was no joke, and you had to be quick-fingered to get the covetous gold medal. If you failed a recipe you were greeted with the Gordon Ramsay-esque terror of flames erupting from Mama’s eyes. It is a masterclass in minigame compilation and has seen six installments since its release in 2006.

I’ve opined frequently about the joys of Banjo-Kazooie (even on Voice as early as 2013) and I still maintain that this is one of – if not the – best games of the N64 era. I’d even go as far as to suggest it holds up to modern games mechanically, if not graphically (although retro graphics are making a comeback).

As was the case with for games from the 90s, our titular characters are amorphrasised animals, on a quest to rescue something from someone. In this case, Banjo the Bear and Kazooie, a red crested breegull, are on a quest to take back Banjo’s sister from a vain and evil witch. With great writing, an awesome soundtrack, and exceptional imagination, this game stands the test of time.

This is where it all started. Released in Europe in 1999, Pokemon Blue (and Red) were the very first installments of the Pokemon video game series, and you’ll never change my mind that they aren’t still the best. Pick up your original Gameboy, and embark on a quest to collect all 151 Pokemon, defeat all the gym leaders and become the greatest trainer of them all.

It’s a testimony to how solid these games were by how little Game Freak has bothered to modernise them for a new audience. A bit of graphical polish here, the introduction of a (ludicrously) large number of new Pokemon there, ideate some new convoluted way to ensure you have to work hard to collect everything and call it a day. Come back to the era when the Pokemon games were considered cutting edge, and work with your Squirtle (or Charmander or Bulbasaur if you must) all the way through to the big leagues!

This epic adventure fighting game continues from where the first game left off, with gamers playing different characters out to collect the shattered pieces of the legendary sword, the Soul Edge, each with their own agenda. The story is entertaining, but the 1v1 fighting matches stand out on their own. It works great as a single-player and multiplayer game, back when everybody had to be in the same room shouting at the screen as you fought each other.

Some of the most iconic characters from the Soul Calibur series came from this edition – Cassandra, Talim and Raphael. The graphics, weapons, and fighting arenas were all super visually pleasing and hold up today.

As my first introduction to fighting games, it undoubtedly sparked my interest in other fighting games, such as Street Fighter, Mortal Kombat and even more modern picks like Injustice: Gods Among Us. But Soul Calibur II will always be #1 for nostalgia.

Possibly the earliest game I remember playing, Super Mario 64 will always be the first (and best) Mario game for me. The Castle's soundtrack was nothing short of creepy, but learning all of the hidden 'secrets' to this game — like the hidden slide in Peaches' painting or which Toad to talk to for an extra star, made the game even more fun and memorable.

If I could recommend only one Mario game, this would be it.

Dark gothic fantasy with horror elements, this game throws you into a world where you play as Kain, who's recently returned to this realm as a vampire on the hunt for revenge against the assassins who made him this way.

Its visuals are immersive (and very impressive for 1999) as players explore the realm of Nosgoth. Full of puzzles, demons and cynical undertones, this title is underappreciated for what kicked off the iconic Legacy of Kain series. Additionally, it features an impressive fifty hours of gameplay to explore this fantasy setting fully.

The Legacy of Kain is a throwback to before the dark, gothic horror image of vampires was ruined by the likes of Twilight and other tween depictions.

Have you played any of these games? What are some of your favourite video games from your childhood? Let us know in the comments! 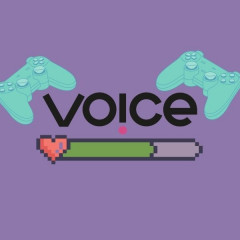 9 of our favourite retro video games

Do you ever find yourself missing the games of your childhood? So do we! That’s why the team at Voice Magazine have come up with a list of some of their favourite nostalgic video games!