With cinemas now fully reopened and Hollywood finally comfortable releasing their films, 2023 is looking like a great year for movie-lovers.

There's something almost magic about cinema. The popcorn, the dark room, the incredible sound system and the picture stretching out in front of you. It's elevated even further when people respect social etiquette and keep their phones off! With these 10 films, we don't think that's going to be too much of an issue, as if they live up to the hype, everyone is going to be enthralled!

Ant Man and the Wasp: Quantumania

Since the last few Marvel films have been nothing short of disappointing – Wakanda Forever aside – I’m hoping that Marvel’s teeniest superhero can restore my faith in the next phase of the franchise. Centred around his exploration of the Quantum realm, Ant Man comes face to face with Kang the Conqueror, a character I have been dying to see more of since his appearance in Loki. Coming to cinemas on February 17, after Dr Strange and Thor Love and Thunder were such amateurish flops, can Ant Man capture the Marvel spirit we all know and love, or will this movie be the final nail in the coffin that is my interest?

Keanu Reeves, enough said. What, you want more? Fine. The fourth outing of this stylistic revenge romp promises to up the ante as John Wick takes the fight to the High Table to clear the ever increasing bounty on his head. Filmed all across the globe, this film was delayed by the pandemic and Reeves’ commitments to the Matrix Resurrections, so it will be great to finally re-enter the lore-heavy world of hired killers. Here’s hoping it doesn’t buckle under its own weight. Side note, but 2023 is also when we’re expecting to see the spin off series The Continental.

Guardians of the Galaxy Vol. 3

There’s no stopping the MCU juggernaut, even if it has appeared to be running out of steam with its most recent outings.  GOTG Vol. 3 is the latest instalment in the series, and sees the return of the lovable rogues as they take on a new threat and protect one of their own. Gunn has stated that this will be the last standalone film in the Guardians of the Galaxy franchise, and indeed a few of the cast have said this will be their last appearance in the MCU. I’m sure, if Gunn ‘s track record is anything to go by, that it will be an emotional sendoff.

I am the first person to complain about the Fast franchise, but it does not stop me from watching them all. They are my guilty pleasure of the film world, and I live for the fast cars, hijinx, and the Fast family. I have zero idea why they need ten films, and even less of an idea what this next film is going to be about, but I’m here for it. I’d love to see the return of Hobbs but since Vin Diesel's feud with Dwayne Johnson is more talked about than the films themselves, I doubt he’ll be returning any time soon.

Ariel is by no means a Disney princess I care about, for the simple fact that no one in their right mind would choose to be human when the alternative was being a mermaid. My personal feelings aside, I cannot wait to see Halle Bailey smash her performance as Ariel with her beautiful voice, stunning looks and Black skin. The controversy of there being a Black mythical creature was probably the most ridiculous argument of 2022. I want Halle Bailey to smash this performance because it’s more than just a film. Millions of little Black girls all over the world are going to see themselves represented in an all too white genre, and that’s worth more than my feelings towards Ariel’s life choices.

This film has been a long time coming. Like, a long time. Announced the same week as the CW’s The Flash TV series in 2014, the show has had eight seasons and will have nearly wrapped up its ninth and final before this film came out. Plagued with issues, from creatives dropping out, to the pandemic, to Ezra Miller’s public meltdown, this film feels out of place with the general direction that Warner Bros. Discovery seem to want to move the DC film franchise, but I’ll take any opportunity to see both Michael Keaton and Ben Affleck put on the cowl one final time.

I was a latecomer to the MI franchise, having never really cared for Tom Cruise, but after taking a punt on watching Rogue Nation in the cinema I’m now a devout convert. Tom Cruise is perhaps the era defining blockbuster actor, with charisma, drive, and an outrageous penchant for death-defying stunts. Yes, the plot is generally hokey, and yes the technology is eye-roll inducing, but you can look past all of that when you watch Cruise throw himself out of a building, or cling to a plane, or do a HALO jump. Much like Top Gun: Maverick last year, this will definitely be one to watch in the cinema.

When I found out they were making a live-action Barbie film with Ryan Gosling as Ken, I wrote it off almost immediately. However, the power of marketing has claimed another victim, as I have seen so much promotion for the film on social media I’m fully invested. Not only does it have a diverse cast but it’s also the first live-action film to be made about Barbie, which given its popularity is hard to believe. Directed by Greta Gerwig – that’s right, the one who did Little Women – I’m going into this one completely open minded with no expectations whatsoever. Will it be good? Will it be bad? I have no idea, but I do know where I’m going to be come July 21.

At the risk of having my nerd card revoked, I knew nothing about Frank Herbert’s Dune before watching Denis Villeneuve Part 1 adaptation in 2021. It was stunning. The visuals were sumptuous, and the sound was exceptional. I had very little idea what was going on, or who anyone was, but I was invested. I have since read the whole of the Dune Chronicles and am in love with the universe Herbert imagined, even if his writing can get a bit dry at times. Part 2 should wrap up the events of the first book, but there’s no news yet as to whether there will be sequels beyond this. Fingers crossed!

Timothee Chamalet is quickly becoming a legend of this generation. He has a lot of talent, a lot of range, and his role as Wonka is next in a line of already impressive credits. Wonka is a great story, and looking at the latest artwork for the movie, it’s a role Chamalet was born to play. I know many were a fan of Johnny Depp’s rendition of Wonka, but I for one was not. It felt very overplayed and Depp’s portrayal was a hop, skip and a jump away from creepy. Timothee’s film brings us a prequel to the much loved chocolatier and for all those who are sceptical, I think it would be interesting to see how Wonka came to be. Cruella was great, so let’s hope Wonka delivers in the same vein.

Tom Inniss and Saskia Calliste collaborated on this article. 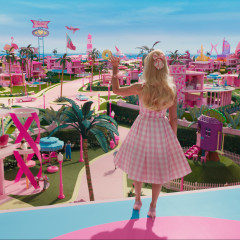 With cinemas now fully reopened and Hollywood finally comfortable releasing their films, 2023 is looking like a great year for movie-lovers.