After days of waiting the 2020 American election winner was finally announced, but its results were immediately undermined by outgoing POTUS Donald Trump. Based on false accusations, Trump’s accusations revealed holes within American democracy

On 7 November, after days of anxious waiting, the projected winner of the 2020 American Presidential election was finally announced, and it was revealed that Democratic nominee Joe Biden would be the 46th President of the United States.

Having sought to undermine the validity of the elections before they’d even happened, it wasn’t really a surprise that moments after the celebrations started the results were cast in doubt by none other than outgoing POTUS Donald Trump. Such an accusation, amounting to the beginnings of a coup d’état, reveals – despite resounding cries that “Democracy Has Prevailed!” – just how close to the precipice democracy is.

Trump’s accusations – the latest in a long series of events in a Presidential career marked by a populism that sometimes seemed to teeter on the fringe of fascism – are a cause for concern, but the United States’ archaic election has enabled such claims to be made.

Worry not – it is very unlikely that Trump will ‘steal’ the election. It is, however, worth remembering that despite Biden’s victory having been announced by the press several days ago, at the time of writing (12/11/2020), not all votes have been counted. The states of Georgia, Alaska and North Carolina still yet to reveal their official victors, and that doesn't even factor in the recounts and pending lawsuits.

How democratic is American democracy?

Nonetheless, projected results aren’t picked out of thin air; previously counted votes are used to model each candidate’s respective chance of victory based on as-yet uncounted votes. But victory in a Presidential race isn’t as straightforward as a candidate getting a majority of the votes – if that were the case, Democratic candidate Hillary Clinton would have won the election in 2016, with almost three million more ‘popular votes’ than Trump.

While Biden seems to have safely secured the Presidency (he has 290 electoral college votes at the time of writing, and nearly five million more popular votes than Trump), Trump’s insistence on pursuing legal challenges in several key states demonstrates the fickleness of this electoral system. Although there is currently no evidence for voter fraud (Trump’s active attempts to pursue voting infringement by dismissing postal votes aside), should Trump succeed in overturning the results of several closely-contested states such as Pennsylvania, he could hypothetically win a second term – even if Biden holds on to more of the popular vote.

There are therefore arguments about whether an electoral college system (enshrined in a Constitution written in 1787 and historically designed to maintain a balance between individual states) can genuinely be said to be a democratic voting system, especially when the national overall consensus of who should be President does not always translate into who wins the Presidency.  A system that was initially created to maintain balance has led to some states having more voting powers than others, which has a potentially adverse effect besides from flirting with the boundaries of democracy. Candidates may choose to neglect less influential states, whose small number of electoral votes will have less of an impact on the overall result. According to nationalpopularvote.com, Barack Obama conducted campaign events in just eight of the 50 US states in 2012. Still, there is an argument to be made that under a system based on a popular vote, rural communities with a small population may continue to be ignored.

How democratic Is British democracy?

The situation is not too dissimilar in Britain. The First Past The Post system means that governments elected by a potential minority of the population can end up with disproportionate power, especially as parties with majorities can pass laws virtually uncontested in the House of Commons. Moreover, millions of votes ultimately count for nothing, for as soon as a candidate for a constituency’s parliamentary seat passes a certain threshold the other votes cast in that constituency are essentially discarded.

In Britain’s 2017 General Election, the Conservatives only won 2% more of the popular vote than Labour, but won an almost 7% larger share of parliamentary seats. Despite enjoying a power balance disproportionate to votes cast, the Conservatives were still not able to achieve a parliamentary majority, but chose to enter into a coalition with the DUP (who only won 0.9% of popular votes) in order to pass the threshold needed for a majority.

Such tricks – the buying of a significantly less popular party’s support – have proved controversial in the past, with the aftermath of the 2010 Conservative-Liberal Democrat coalition essentially decimating the latter party in future elections.

While the British parliamentary system lacks true representation, the increased reliance on referenda in recent years act as experiments in direct democracy, these ‘once-in-a-lifetime’ ultimatums occasionally dangled in front of the British people at the government’s whim.

The use of referenda to influence policy decisions (2011’s Alternative Vote referendum; the Scottish independence referendum of 2014; and most infamously, the 2016 Brexit referendum, which was marred by a barrage of unsubstantiated claims and false information) may appear to give direct power to the people, but in reality act as a smokescreen for politicians to pass controversial policy decisions while washing their hands of potential backlash. Referenda simply put the results of disproportionately impactful policy points on ordinary people, despite Parliament often failing to adequately inform the population about the issues at hand.

Perhaps this is most obvious in the case of Brexit which, despite mounting evidence regarding the threat it poses to Britain’s economy, is being framed by the government as following the ‘will of the British people’. This apparently benign narrative ignores the fact that the referendum never so much as indicated what Brexit might entail beyond banal patriotic rhetoric, nor did it account for the widespread economic shock of a devastating pandemic.

The representative democracy as seen in Parliament, and direct democracy exemplified by referenda, are vastly different interpretations of democracy – either of which might be passable in isolation. But it’s a strange practice for Parliamentarians, who pass legislation in a system that fails to be representative, to sporadically decide to hand the decision-making to a public who are used to having their elected politicians vote for them.

Benevolent democracy this is not: the government’s refusal to lend ears to advocates for a second Brexit Referendum or Scottish #indyref2 in light of new information demonstrates that the Conservatives do not really have the will of the people at heart, but use the outcome of previous referenda to silence opposition to ever-changing policy, essentially amounting to a political “You made your choice, now deal with it.”

What can be done?

Representative and direct democracy are strange bedfellows, but both fall short when acting under a media rife with misinformation. An exploration of the role of misinformation in contemporary Western politics would have to constitute another, much larger article; here, I am simply advocating for a review of the flawed historical electoral systems in the USA and UK, both of which bestow disproportional power to politicians who may have been elected by a slim margin, or may not have been elected by a majority at all.

Adherence to centuries-old documents and ancient traditions only stagnate a nation, stifling their ability to adapt to an ever-changing dynamic world in which every day presents new challenges. If the United States and United Kingdom are to continue harping on about the benefits of the abstract concept that is democracy, they must ensure their leaders are truly representative of the votes of the people, and the methods by which policy is passed remains consistent. Alternative voting systems are possible: Proportional Representation pretty much does what it says on the tin, wherein an electorate’s preferences are directly reflected in Parliament; while the aforementioned Alternative Vote ensures that every vote really and truly counts.

But even if we ignore debates about how democratic American and British democracy is, the fact that Trump can target very few states in order to stage his assault on the democratic system demonstrates how flawed America’s electoral system is. For the first time in four years, the USA will once again have a President voted for by the majority of the population. Democracy may have prevailed once again, but it’s sicker, weaker, and starting to show its age.

Democratic voting systems must change to reflect the needs of the 21st Century – and doing so might finally free America and Britain from bipartisan bounds which have deepened the divisions in each country and stifled the voices of minorities. 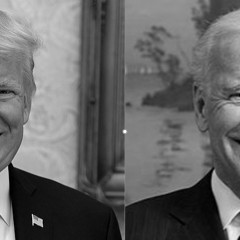 Joe Biden's victory deserves celebration, but how democratic is democracy in the UK & USA?

After days of waiting the 2020 American election winner was finally announced, but its results were immediately undermined by outgoing POTUS Donald Trump. Based on false accusations, Trump’s accusations revealed holes within American democracy