For many years, Coldplay have been a band of two halves. Ever since the release of fifth album Mylo Xyloto in 2011, it has seemed that for every experimental, innovative and original album Coldplay releases, they are contractually obliged to drop a watered-down pop record resplendent with generic and forgettable tunes.

The synth-heavy Mylo Xyloto followed the expansive soundscape of what is arguably Coldplay’s magnum opus, Viva la Vida or Death and All His Friends, a Brian Eno-produced masterpiece that incorporated a wealth of genres from all around the world into its mix. Barely a year after releasing their hauntingly melancholy break-up record Ghost Stories, which in many ways revisited the minimalism of fan-favourite debut album Parachutes, Coldplay unleashed A Head Full of Dreams into the world. In spite of a title and artwork that evoked experimentalism and psychedelic rock, Coldplay’s seventh studio album felt like an (albeit improved) successor to Mylo Xyolto, with a focus on radio-ready pop tunes and guest star appearances from behemoths like Beyoncé and Tove Lo.

Now, judging by the new single ‘Higher Power’, it seems that Coldplay are ready to repeat this pattern once again. Their most recent record, 2019’s brilliant Everyday Life, was admittedly a bit self-indulgent at times, but by casting its eye back towards Viva La Vida’s glory days (and even incorporating discarded recordings from that album’s recording sessions into the mix), Coldplay reignited the spark of what made them so exciting in the first place. While Everyday Life contains the odd radio pop-rock single here and there (‘Orphans’, the jaw-dropping jazz heaviness of ‘Arabesque’), its attempts to incorporate every genre under the sun from Middle Eastern-inspired instrumentals to gospel music and early 20th-century-style tracks made it an excited and varied listen, standing in stark contrast to the tunnel-vision pop of A Head Full Of Dreams.

‘Higher Power’, on the other hand, showcases Coldplay at their worst. While the chorus might drill itself into your head, the song (which sounds like a love child of Mylo Xyloto and A Head Full Of Dreams, conceived while Muse’s 80s-inspired Simulation Theory played in the background) has lifeless verses, their messages of positivity and perseverance feeling forced.

This is no doubt the ‘poppiest’ song they’ve released in years, which is not inherently a bad thing. After all, Coldplay’s oeuvre includes the classic balladry of ‘Yellow’ and ‘Fix You’, as well as a whole host of more innovative pop outings (‘Adventure of a Lifetime’ is a late-career highlight). It just so happens that ‘Higher Power’ is a poor, washed-down example of the genre.

Stunts like streaming songs directly to the International Space Station won’t save Coldplay’s career. If they want to continue to be relevant, they need to go back to doing what they do best: crafting exciting records that push the boundaries of alt-rock further. Hopefully ‘Higher Power’ will be the outlier of their new record, and not a sour taste of what is to come. 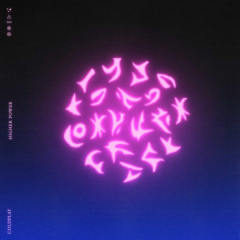 'Higher Power' review, and the curse of Coldplay