With so much fake news floating around, Bea directs her attention to mythbusting an issue that will affect us all: climate change.

In some ways it’s disappointing that this article even needs to be written, but in other ways in writing it I have learnt new things, refilled my scientific arsenal for fighting climate change deniers and got to read some bonkers websites. Climate change is a pretty complex topic, so this article isn’t just for people who don’t think it exists, I’ve written it to provide more information and facts for everyone, and some of it might even surprise you...

Claim: Climate change is a hoax

Oh my, where to start. Perhaps with science – actual, peer reviewed, validated science. The AR5 is one of the largest scientific studies ever undertaken, assessing over 20,000 peer reviewed studies about climate change (IPCC, 2014). It found that the planet is warming up, seas are becoming more acidic and polar ice is melting; basically all the bad stuff. Therefore it’s pretty safe to say that climate change is very real, and the impact it will have on life as we know it will be immense. More on that later...

Claim: The planet is just in a natural cycle

It’s absolutely true that the planet has gone through periods of cold and hot temperature fluctuations, as evidenced by geological records stretching back millions of years (Committee on Climate Change, not dated). However, all these changes in global temperature are due to the actions of something else, such as changes in solar output or volcanic eruptions. Despite a decrease in the sun’s solar output, global temperatures have risen far beyond any ‘natural’ equilibrium within the past 200 years (See Figure 1). 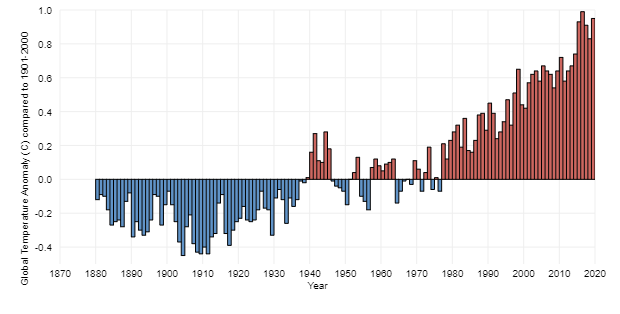 Whilst animals and plants can adapt to changes in the environment, the rate at which climate change is occurring means that the rate of adaptation just cannot keep up. If we don’t decrease our carbon emissions and the temperature increases by 4.5ºC, a 2018 study suggests that up to 50% of the plants and animals in the world’s most biodiverse areas could be extinct by 2100 (Warren et al., 2018). In fact, climate change is already beginning to affect plants and animals, and whilst for some species this means an increased range, for others they are facing complete extinction as their suitable habitat ranges shrink (Scheffers et al., 2016). Even for those animals that can adapt, their range expansion may negatively impact humans, such as the range expansion of malaria carrying mosquitos, which may result in malaria becoming endemic in the UK (Chin and Wellsby, 2004).

Claim: It’s all China/Africa/anyones but our fault

Figures clearly show that in levels of overall carbon dioxide emissions, developed countries and major emerging nations lead by far (UCSUSA, 2008). It is also important to note that the top three contributing regions (The US, China and the European Union) are responsible for more than half of total global emissions, whilst the bottom 100 countries only contribute 3.5% (Climate Watch, 2017). These regions are also the world’s largest goods exporters though, so their carbon footprint is indicative of their role in trade and globalisation. Every country and every consumer has their role to play, as whilst there is still demand for goods from all over the world, they will continue to be shipped and created. Buy local, buy sustainably and be a conscious consumer.

Claim: It's not human beings’ fault

This one has been scientifically proven to be untrue, again and again. Take this 2013 study on human and natural influence on climate (Santer et al., 2013), which unequivocally shows the ‘dominant role human activities have played in recent climate change.’ Added to this, the other causes of climate change would leave behind a ‘fingerprint’, that means we could identify the cause of it. For instance, the atmospheric ratio of carbon-12 to carbon-13 has been increasing rapidly over the last two hundred years, along with CO2 increasing at the same rate as oxygen is decreasing. Guess what fingerprint that is? Yup you guessed it, the combustion of fossil fuels. (https://www.skepticalscience.com/global-warming-natural-cycle.htm)

So yes, it is our fault that human accelerated climate change exists (clue is in the name), as it's only our actions that fit the climate fingerprint, and 98% of the scientists that have studied climate for their entire lives can prove it.

Climate change will affect us in a myriad of ways. Sea levels have risen globally at about 8 inches in the last century, but in the last two decades this has increased nearly two-fold. To see what these predicted sea levels rises will look like and how they might affect your area, click here.

Global temperature rise will also greatly affect us, and in some areas more than others (See Figure 2). These increases in temperature lead to more frequent and extreme weather events, increased death rates, worsening air pollution, higher wildlife extinction rates and numerous other negative effects (Ceballos et al., 2015; Watts et al., 2019; The National Academies of Science, Engineering, Medicine, not dated; Global Change, 2018). This interactive map showing extreme weather events and whether they can be attributed to climate change is a  helpful way to see how climate change is already affecting our lives, as well as predicting how it will continue to in the future.

So overall, climate change will and has already begun to affect us, and its reach will stretch globally with irreversible changes. All of these changes come with financial, emotional and physical costs that will impact the human race and the environment we live in. 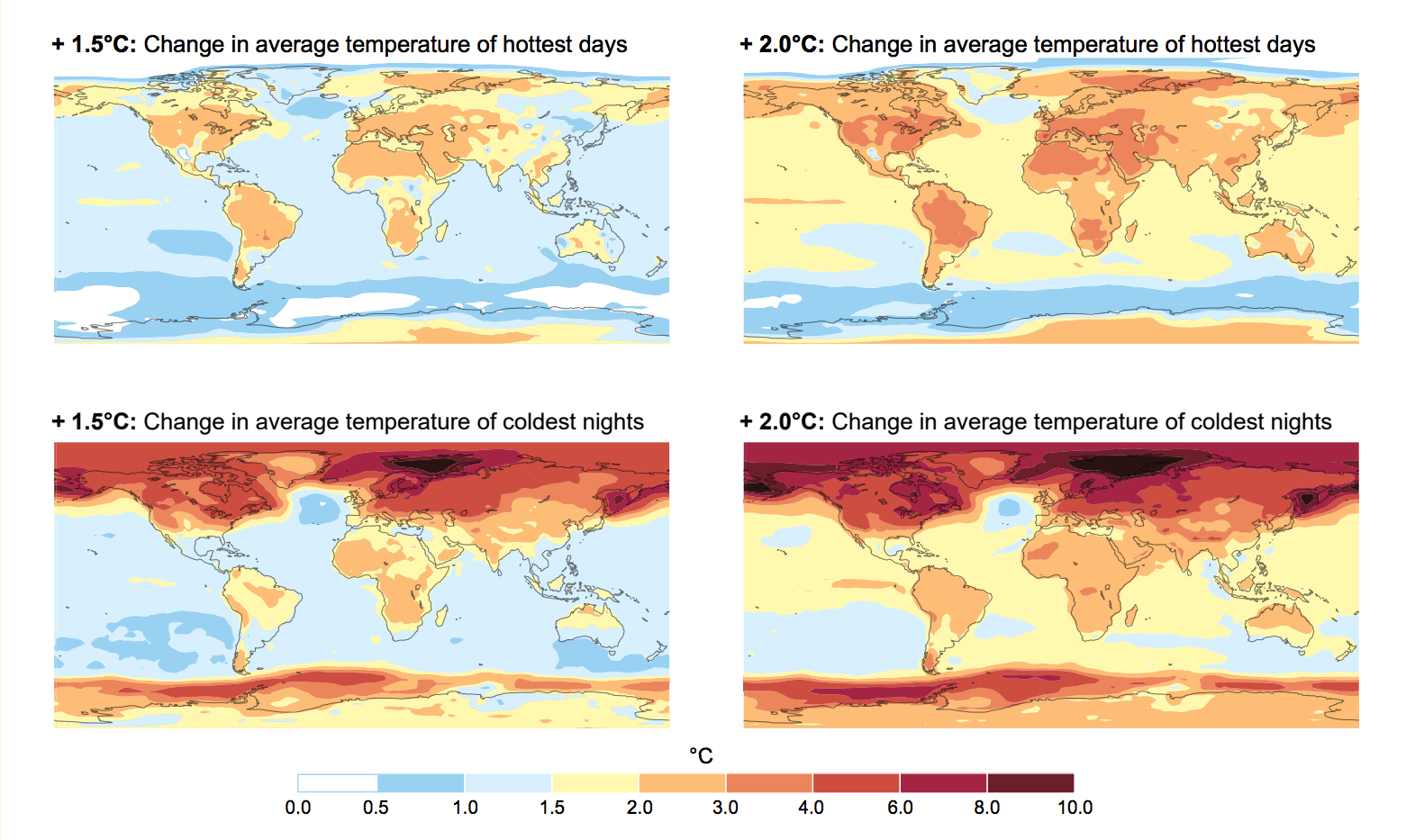 Figure 2: A series of maps to show how temperature increases of 1.5⁰C and 2⁰C will affect different regions of the globe during different times of day and seasons. (Source: IPCC, 2015)

This one is pretty easy to debunk. If we look at the largest study ever done that looked at all the peer-reviewed scientific papers on climate change from 1991 - 2011, only two percent rejected the notion that humans were not causing climate change (Cook et al., 2013). In addition, countless scientific bodies and organisations show a consensus about human-fuelled climate change, including the World Meteorological Organization, the United Nations Environmental Programme and the The Intergovernmental Panel on Climate Change (Oreskes, 2004). So the scientific consensus is very strong that not only is climate change occurring, but that humans are the driving force behind it. 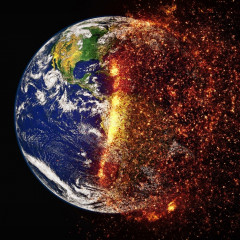 With so much fake news floating around, Bea directs her attention to mythbusting an issue that will affect us all: climate change.