Voice MagBlogsPower to the period

I take a look at how we deal with periods in the UK, from the rise of sustainable products to the tampon tax and period poverty.

Periods. Once a dirty word, the actual name for the mysterious thing that happens to those with a uterus once a month has become more commonplace in media, society and normal conversation. Whilst ‘the crimson wave’, ‘Auntie Flo’, and all kinds of weird and wonderful phrases created to talk about our uterine shedding still float around, searching #periodpower on Instagram shows over 84,000 posts, and #periods of 340,000. As the narrative around periods turns from shame to empowerment, I look back at some of the key moments that have shaped the way we think about periods.

If you ever turned on a TV back when there were adverts you couldn’t skip through, I’m sure you saw those for sanitary products. Generally showing some incredibly happy, spot-free woman, show you just how absorbent the pads were by pouring some mystical blue liquid on them. Nobody knows what it actually was, but if you ever have a period that comes out electric blue I urge you to see your GP. After public pressure, adverts for period products actually show red coloured liquid – finally.  This might seem like something little or insignificant, but it reiterates how important it is not shying away from periods.

This battle was not easily won - when Kota, an Australian sanitary product brand, brought out ads showing red liquid instead of blue, they got hundreds of complaints. Cora’s 2018 ads showing the same thing were initially removed from Facebook and Instagram for overly graphic material. Now we have actual red liquid being shown on adverts, all we need now is for period adverts to show how many of us are on our periods - curled into a ball around a hot water bottle, covered in spots and screeching when anyone gets too close.

Another area of period controversy is the tampon tax. Until the 1st January 2021, the UK government taxed sanitary products as luxury items, leading to an up to 20% increase in sanitary products termed the tampon tax. This means tampons and sanitary towels were in the same bracket as caviar – madness. This move has been campaigned about for years, and now that we’ve left the EU, the UK government was legally allowed to scrap it completely, having reduced it from 20% to the legal limit of 5% after campaigning.

Since 2015 the government has actually been using the tampon tax revenue to fund women’s organisations that help health and access to period products. However, it was revealed that over a quarter of a million of that money was actually going to be awarded to Life, a UK anti-abortion charity. Yikes. Thankfully, with the tampon tax now officially scrapped, those that have periods will be at least £40 a year better off.

With so many ongoing conversations about periods and the growing eco-conscious movement in the UK, it makes sense that they would overlap at some point, especially since research shows women are more likely to be eco-conscious than men. There is a huge range of period products on the market now, from reusable pads, period pants and menstrual cups. Those that prefer to stick with the normal disposable options, can get plastic-free products that don’t cost the earth in more ways than one. For those that get periods but aren’t women (yep, men can have periods), there are even eco sanitary product options that are gender-neutral or work with boxers.

Thinking about the monetary side of things then, there is still a huge cost associated with having a period in the UK. Period poverty is very real and current, with the pandemic’s financial impact only making it worse. 1 in 10 UK women aged 14-21 have been unable to afford period products, with 12% of them having to improvise something, meaning they would often miss school or work. Then we have to look at what it’s like being a homeless woman in the UK - imagine not only struggling to afford period products but also having nowhere warm and safe to hunker down and no way to clean yourself up? The campaign #TheHomelessPeriod highlights this further, sharing stories of women forced to choose between eating or buying tampons.

Even for women with a roof over their heads, affording period products is still a struggle. One woman reported having to improvise using nappies she got in a care package to deal with postpartum bleeding after her husband left just after the birth of their third child. With the COVID-19 pandemic leading to huge financial issues for families, over 50,000 households have had to be moved into temporary accommodation. We will see period poverty get worse before it gets better, so think about joining in with Red Rebel Day in March, where the Gift Wellness Foundation aims to raise 100,00 to provide sanitary products for women in need. Whether those women be students, homeless or refugees fleeing violence that are stuck in camps.

So whilst amazing strides have been made in the UK regarding how we talk about and deal with periods and women’s bodies as a whole, there is still a long way to go. We won’t be finished until everyone has access to proper sanitary products, and no girl misses out on her education because of a bodily function she has no control over. #PeriodPower 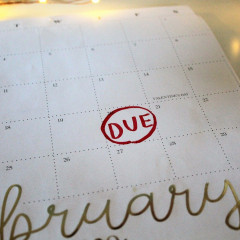 Power to the period

I take a look at how we deal with periods in the UK, from the rise of sustainable products to the tampon tax and period poverty.