Are period TV and movies diverse enough? I explore what representation has already been achieved in this genre and what advancements are still needed.

Period drama is a genre of TV and cinema that is notorious for its lack of diversity and representation of marginalised people. They have always been an important part of cinema and television, but most of the time, these productions have one thing in common: a cast that is unrepresentative of historical society.

Until now, period dramas have not been inclusive spaces for actors of colour. Theatre and TV legend Golda Rosheuvel said that she’d ‘always wanted to be in one of those beautiful British period dramas. I was brought up on them.” For years she was unable to do this, but finally, with the colour blind casting in William Oldroyd’s drama movie Lady Macbeth, she was able to fulfil her wish. Golda Rusheuvel is joined in Oldroyd’s movie with Naoimi Ackie, both in pivotal roles, showing the growing tendency to be more of people of colour, even in period dramas.

Another example is the 2018 miniseries Les Miserables, starring David Oyelowo as Inspector Javert. He said ‘having grown up in the UK, and more specifically, on period drama, I had just resigned myself to the fact that, ‘Okay, those amazing shows are going to be shows I love, but they’re never going to have folks like me in it.’’ These shows and films are trying to challenge a white-washed narrative of history that’s been widely accepted. By putting more diversity onto screen, these shows feel more relevant to a wider range of people, and are a more accurate representation of history.

‘The excuse has been used that it’s not historically accurate, and that’s just not true,’ said Oyelowo. ‘If you are an actual genuine student of history — and not just coming from an ignorant kind of purely white lens in relation to European history — you’d know that people of color have been in France, in the UK, all over Europe, for centuries, and not just as slaves.’

More and more periods films and TV are starting to include a wider range of people into their projects, like Mary Queen of Scots, which stars Gemma Chan and Adrian Lester, who are both POC and respected actors.

So things are starting to change for people of colour in period drama, but what about the other marginalized groups and untouched storylines waiting to be told? So many themes, topics and groups of people are ignored in period drama, as they don’t fit the very traditional ideals of the genre.

Recently, I finished watching Season 3 of Anne with an E, a televised adaptation of Anne of Green Gables, which is about the orphan Anne in small-town Avonlea, Canada. The show takes inspiration from the novel but after the first season veers from the source material, and delves into the grittier details that the previous adaptations and the books do not go into. In its first season, Anne with an E tackles topics that are usually brushed aside in period drama, including the bullying and subsequent trauma that Anne has to deal with. Sexism is incorporated into the story that manages to be relatable to modern audiences while still being realistic to the 1800s, and there is an entire episode dedicated to Anne having her first period and learning about menstruation.

In the second season, taking inspiration both from source material and Canadian history, the show begins to explore Avonlea in a way that is less nostalgically white-washed. A completely new black character, named Bash enters the show. This unearths an storyline about ‘the Bog’, a community of non-white people near Avonlea, which is based on racial diversity around real-life Charlottetown at the time of the novel. This allows exploration of the prejudices and intolerances that the existing characters have, and creates inequality within their small society. In addition to POC, Queer characters are also introduced in Season 2, expanding the diversity to better mirror real life.

These themes of inclusion are handled by the all-female writing room of the show, and the various experts brought in to consult on specific storylines. The story is handled beautifully, and while it shows the tragedies of homophobia at that time, ends optimistically with a queer soiree, showing heartwarming acceptance and community.

Season 3 goes on to tackle themes such as feminism, freedom of speech, identity, familial heritage and sexual harassment. Various critics of the show see this as being too ‘woke’ and ‘edgy’ and I can understand how addressing very current and modern topics makes the show feel slightly unrealistic and crowded as a result of the many important themes. However, I believe the cultural relevancy of Anne with an E is exactly what makes it so special. It’s willingness to cover modern themes in a historical context is admirable and important to groups that might have never seen themselves in period drama before.

The most impactful part of Season 3 for me was the story of Ka’kwet, a young indigenous girl that is around Anne’s age. This storyline, featuring the Mi’kmaq community, touches on one of the cruelest parts of Canada’s history — residential schools. Residential schools existed with the purpose of removing Indigenous children from their own culture and assimilating them into Canadian culture. This was done a number of ways, for example by stripping them of their names, cultural style, hair, and religion. Children were emotionally, verbally and physically abused. This was heartbreaking to watch but also something I had no idea existed, and if I had never watched this show, something I would have never learnt about. This perfectly exemplifies how pushing for and accurately portraying marginalised communities can inspire every viewer to learn more about the world and understand different perspectives.

Personally, Anne with an E has changed my standard for period drama. The minimum standard for period drama has certainly gone up, as I now expect that people of colour should be cast in these shows and movies, even if their stories are not explicitly explored. Watching an ever increasing number of period dramas with more diversity has shown me that even in the least progressive genre, representation is possible and within our reach. These stories do not only introduce various perspectives on history, but they also inspire and encourage further learning. I don’t believe there is any logical reason why there shouldn’t be more representation in period dramas; like every other genre, people of different genders, sexualities and colours should be in front of and behind the camera. 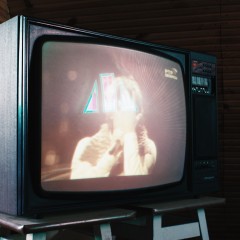 Pushing the boundaries of period drama

Are period TV and movies diverse enough? I explore what representation has already been achieved in this genre and what advancements are still needed.