Things are finally changing in film and TV, and Netflix is leading the charge.

The current relationship between the entertainment industry and diversity is a complicated one. In some areas, we seem to be progressing at a breakneck pace, with TV shows like Pose or Killing Eve, and even a film like Detective Pikachu casually containing incredibly diverse casts and characters. At the same time, women are still criminally underrepresented behind the camera, while disabled and transgender people almost never appear in film/TV, and even less frequently represent themselves. Whilst the picture of representation is muddied, one of the places which has been clearly and deliberately leading the push for more representation is the streaming giant Netflix.

Netflix’s content is split into two: original content bankrolled by the streaming service (which they’re increasingly focusing on), and films/TV which they’ve acquired the license(s) to. On the original content side, you’ll see films like Always Be My Maybe, a romantic comedy entirely centred around people of South-East Asian descent, a massive group rarely presented as attractive or romantic interests in Western media. Or you’ll find a show like Queer Eye, a holistic makeover show where five men from the LGBTQ+ community help a range of people improve their lives. By green-lighting projects like this, Netflix is creating representation for those who often feel they are shut out of society, and giving them a sense of belonging. This is particularly crucial for young people, who might still be working out their identity.

This diverse original content also enables a wealth of incredibly talented people to get a foot in the door of an industry which often has little space for them. For example,  Jessica Jones’  directors and writers are predominantly female, something that is practically unheard of in the entertainment industry. Additionally, this content means that important stories that would normally be ignored can be brought to light - like When They See Us, Ava Du Vernay’s dramatisation of the stories of the falsely convicted Central Park 5, which highlights the systemic issues of the American criminal justice system.

The licensed half of Netflix’s content also has some value in the realm of diversity as well, broadening and sustaining access to films like The Miseducation of Cameron Post, an unconventional coming-of-age film about teenagers going through ‘conversion therapy’ and classic black cinema like Boyz N The Hood and She’s Gotta Have It. Beyond this, the platform also provides potential access to a wealth of international media like The Wedding Party and Money Heist.

On a platform as large as Netflix, it is incredibly easy for films and TV shows to get lost - especially those that focus on marginalised people. However, Netflix has recently created two initiatives to combat this issue, Strong Black Lead and Prism. Strong Black Lead focuses on promoting shows and films featuring and created by black people through its social media channels, whilst Prism does the same for the LGBTQ community, with the former also getting a podcast featuring some of these black creatives. This specific promotion of diverse voices is incredibly important for bringing in people to watch things that actually represent them - though it must be noted that Netflix doesn’t presently have these initiatives for other identities.

By no means though is Netflix perfect. Their representation of disabled people is almost non-existent, with some notable exceptions being dystopian 3% and SPECIAL, a great semi-autobiographical show about the experiences of a gay man with cerebral palsy. The story is very similar with the representation of transgender people, with sci-fi drama Sense 8 being one of the few shows to buck this trend. However things finally seem to be changing in this regard, with Janet Mock becoming the first black trans woman to establish an overall deal with a major studio. When looking at Netflix as a company, whilst the general workforce and creatives are pretty diverse, the board of executives only has one member who isn’t white. Most crucially we must remember that at the end of the day, Netflix is a massive corporation, not a charity, and as such the positive decisions they’re making aren’t solely out of the goodness of the hearts of company executives, or a burning righteous desire for social change.

Whilst it is great that Netflix is enabling all of these marginalised voices, they shouldn’t be the only ones. We should be in a position where the world as it is - a place chock full of multifaceted and unique people - can be accurately represented in the media we consume. In spite of the glacial pace of change on many platforms, drawing from the vast amount of brilliant creatives from marginalised communities isn’t difficult when a concerted effort is made. As a matter of fact, more cynically speaking, it is in the best interests of these profit-seeking corporations to tap into these vast and influential audiences - as shown by how the runaway success of Bird Box was essentially caused by memes primarily created by Black Twitter.

We need to move into a world where Netflix's diversity is the rule and something to be superseded, instead of the exception. 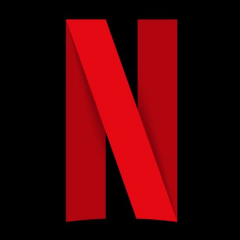 Things are finally changing in film and TV, and Netflix is leading the charge. 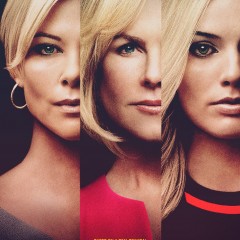