Voice MagBlogsWhat does the cultur…

Recently the Creative & Cultural Skills Council released a report on their latest Workforce Data research.  There’s lots to play with and explore, but here’s a few interesting points….

To start with the research as a whole:

A note on who’s included: Those working in sectors including design, craft, performing arts, music, literature, cultural heritage, and the visual arts. 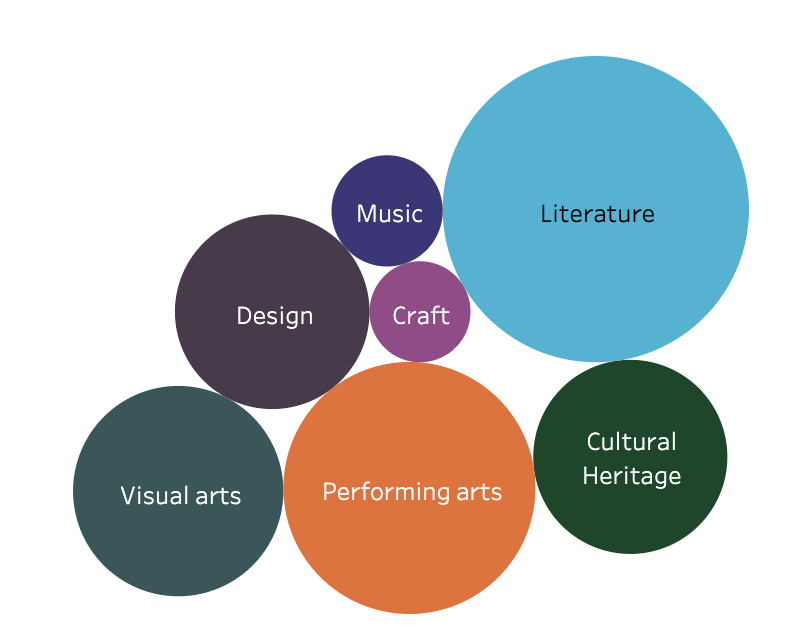 What about for young professionals and young people- what does this mean?

Ofcourse there is the diversity challenge.  With an overwhelmingly white workforce, concentrated in London, some may have to work harder than other parts of the population.  This is in part down to ‘unconscious bias’ where parents and family members haven’t participated in the creative industries themselves and may struggle to provide support or encouragement for their children to access the industry themselves; either in a participative project or as a career opportunity. As was discussed at length at the 2019 Creative & Cultural Skills annual conference, attitudes need to change and this bias needs to be challenged.  It’s where the Creative Careers Programme is aiming to help.

So, some relevant data focussed on us young professionals that are good to know:

Want to explore the data further? Take a look at https://ccskills.org.uk/supporters/advice-research/article/workforce-analysis-2018 and here's the qualifications & age graphs to give more detail too.

Highest Level of Qualifications in the sector 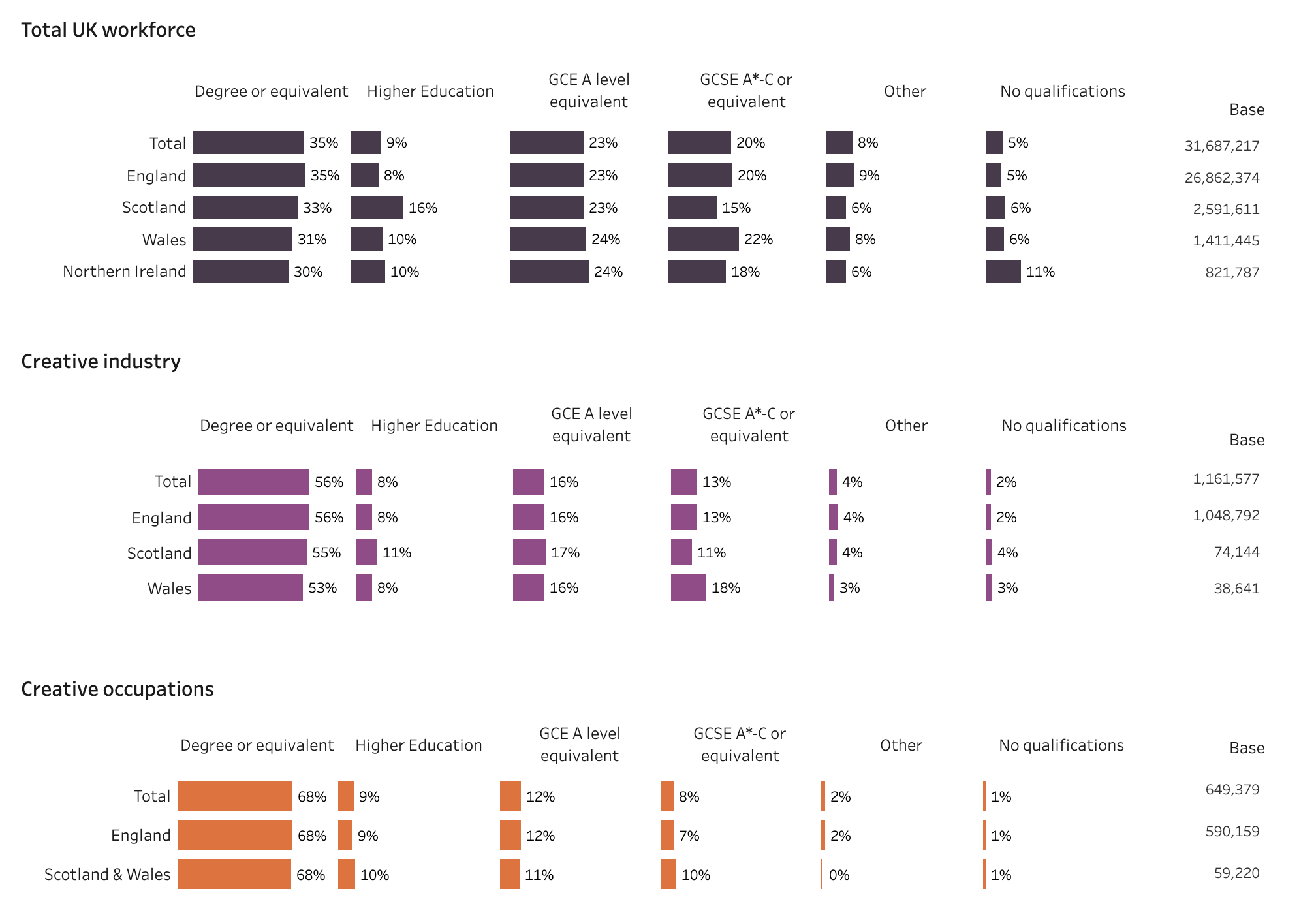 Age demographic of the sector 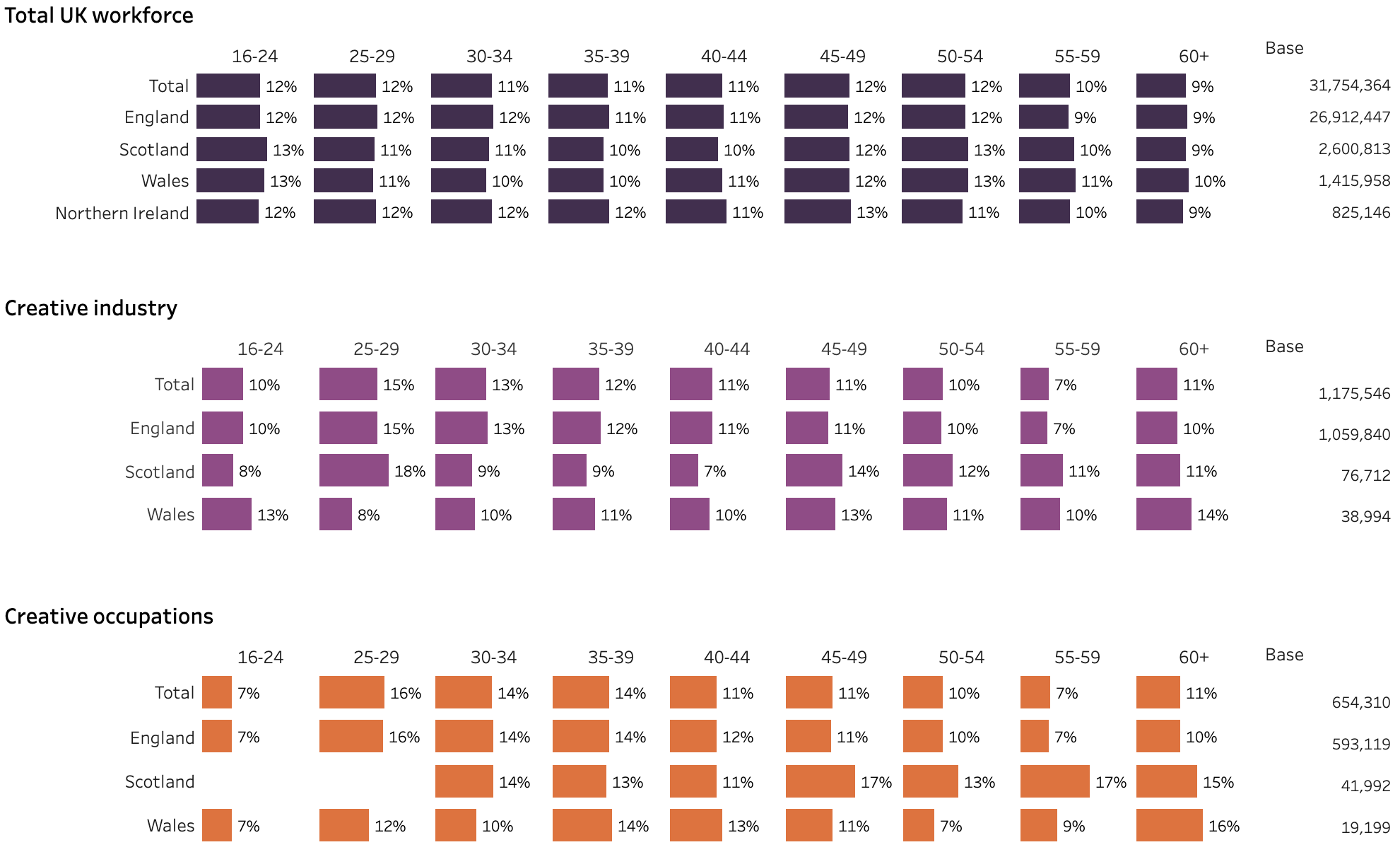 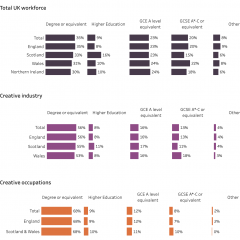 Recently the Creative & Cultural Skills Council released a report on their latest Workforce Data research.  There’s lots to play with and explore, but here’s a few interesting points….