Let’s take a look at how today’s students are being affected by the cuts to the education system.

Struggling to reach the standard

It’s no secret that during his time as Education Minister, Michael Gove severely modified learning for the next generation withenormous school budget cuts - £400 million to be precise! Creative subjects such as Creative Writing, Art History, Design Technology and Music have also either been cut from the curriculum completely, or greatly reduced, causing smaller or poorer schools to stop teaching and limiting the potential of students.

“Education doesn't need to be reformed -- it needs to be transformed. The key to this transformation is not to standardize education, but to personalize it, to build achievement on discovering the individual talents of each child, to put students in an environment where they want to learn and where they can naturally discover their true passions.”

The UK education system could be seen as an outdated Victorian structure that favours standardised testing and abjures the life-skills needed to equip the next generation. As a guru of the “invisible curriculum”, Andrew Hammond explained that the jobs that the children of today will be doing in two decades time haven’t even been invented yet. SATs have no use here.

The EBacc (English Baccalaureate) was introduced by the coalition government to ensure today’s students would receive a rigorous education in the core subjects: English, maths, the sciences, humanities, and languages. The majority of secondary schools today will recognise these subjects as the dogmatic compulsory lessons that each child must take until after GCSE.

Whilst the aim of the government was to extend and widen high academic performance, there is one noticeable trend throughout the UK’s schooling system.

Whether you’re a student right now or you’re looking back on your classroom days, music has always impacted young people at formative stages in their lives.

Like many of you, music has always had impacted me personally. Whilst I don’t play any instruments, I would have liked to learn the flute or violin in primary school. Of course, many students who had that opportunity look back on those music-teacher days with disgust: it was a room filled with nine-year-olds who struggled to strum guitars and screeched ebulliently from trumpets!

However, learning instruments has vital and unprecedented benefits for young people.

Learning an instrument at an early age, such as in primary school and continuing through to secondary school, can improve the cognitive skills of children. The parts of the brain that control motor skills, as well as memory, storing audio information and hearing, all become more active, and as a result have a long-term benefit on the child’s brain. Both listening to music, as well as playing an instrument, can also positively affects your memory. So turn your Spotify onto repeat...

Not only does music require a basic level of counting beats and rhythms in order to form a more complex tune, if music education is extended into secondary school, music theory has an educative function too. This offers a more-indepth exploration into the complexities of sound and pitch.

“Music theory allowed me to develop mathematical reasoning without fully realising it. When I came to study maths and STEM subjects at a higher level, I was struck at the similarities between the two disciplines. For me, the way octaves work in music and how pitches are divided within them, reflects the natural world of mathematics.”

The EBacc subjects aim to promote wider cultural understanding. History gives us an overview of how our world developed, and insights into today’s customs, while human geography lends an appreciation of human trends and behaviour. But, this doesn’t have to happen in isolation.

Through studying different music periods, traditions, composers and styles, students are furthering their cultural understanding. Music periods don’t just focus on UK or European history, but extend worldwide to offer children and global context. It is the one true global language, and is being severely neglected currently.

Of course music doesn’t just have to be taught in the classroom; and many children nationwide are engaging with these benefits in a private sphere. However, through these deleterious cuts in creative education, more disadvantaged students who don’t have access to resources, are being negatively affected.

But we can continue creative education, even if it’s not in the curriculum. Art clubs, music groups, Scouts and Brownies all have access to creative education facilities which will benefit the next generation.

Yet, the responsibility to provide creative education doesn’t fall directly into the hands of extra curricular clubs. Schools are mandated to provide a well-rounded education, and by failing to provide adequate creative subjects it is clear our schooling system is not fulfilling this imperative function. 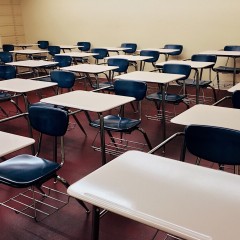 Let’s take a look at how today’s students are being affected by the cuts to the education system.